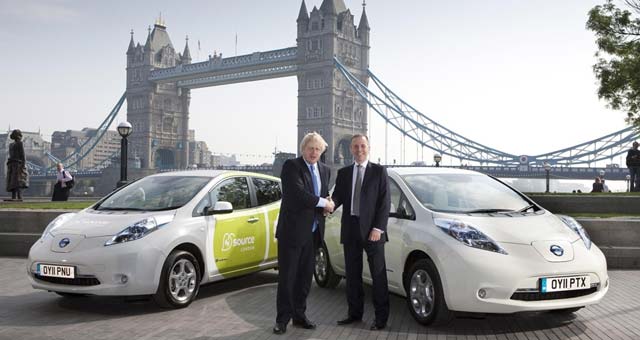 Even though the electric vehicle sector has made numerous attempts to hit the mass market over the last 100 years there is renewed optimism that the ongoing momentum for electric vehicles around the world will finally result in mass-market penetration. The initial rate of growth in electric vehicle sales is impressive, more and more automobile manufacturers are moving into the industry and the final piece of the jigsaw, in the shape of recharging networks around the world, is beginning to take shape. However, after comments by the Liberal Democrat party in the UK there are growing concerns that politicians could derail momentum behind the electric vehicle market.

On the surface the Liberal Democrat policy suggestion of banning private petrol/diesel vehicles from UK roads by 2040 seems positive for the electric vehicle industry but how would this go down with motorists in the UK?

The forthcoming Liberal Democrat conference in Glasgow will see a number of new policy ideas debated by the wider Liberal Democrat party, one of which is the banning of private petrol/diesel vehicles from UK roads by 2040. The fact that the party seems willing to allow petrol/diesel freight transport after this time, vehicles which guzzle more gas than many private vehicles, will not make sense to the wider general public.

The UK coalition member party is also suggesting that tolls should be introduced for some of the U.K.’s more congested roads which would further increase the cost of travel for UK motorists. When you bear in mind the current government and previous governments have milked UK motorists for billions of pounds in tax on petrol, increased the road tax charge and they are now looking to introduce road tolls, what next?

Do not tell motorists what to do!

Over the last decade there has been tremendous success across the worldwide electric vehicle market with names such as Tesla Motors, Ford, General Motors, Chevrolet, Nissan, Toyota, BMW and an array of other automobile manufacturers joining the party. So far governments around the world have played a softly softly approach to the electric vehicle market, offering significant financial incentives but not penalising those who choose to drive petrol/diesel vehicles at this moment in time.

In many ways it has been a period of education for UK motorists, and motorists around the world, and perhaps the greatest success to date has been the fact that no government has dictated vehicle ownership policy to the wider public. However, the Liberal Democrat plans to ban petrol/diesel vehicles from UK roads by 2040 is certainly a lurch to the left and could undo all of the good work the UK government has done so far on this new journey for the electric vehicle industry.

Politics and environmental issues have never really sat comfortably together because on one hand we have governments taking taxes for an array of environmentally unfriendly activities while on the other hand they preach environmentally friendly policies. There is no doubt that the quickest ways to undo all of the work done by the electric vehicle industry over the last decade is to have politicians taking the lead and telling people what to do.

The fact that electric vehicle sales are now pushing ahead at record growth rates, prices are tumbling across the world and many expect mass-market penetration by 2017 shows that “if it is not broken, do not fix it”. It will be interesting to see whether the Liberal Democrat policy suggestion is taken up by the wider members at the Glasgow conference later this year because the negative headlines this would give to UK motorist, i.e., do as we say, not as we do, would be a disaster.

So far the political elite around the world have played the electric vehicle industry perfectly, offering incentives but sitting back and not dictating policy to the wider motoring public. Liberal Democrat plans to actually ban petrol/diesel vehicles from UK road by 2040 would be a disaster and have the potential to undo all of the good work of late. Much of the progress to date has been made because motorists have been given a choice, they have not been penalised financially or morally and they are now more willing than ever to consider electric vehicles as their future mode of transport.