There is Future in Swappable Batteries 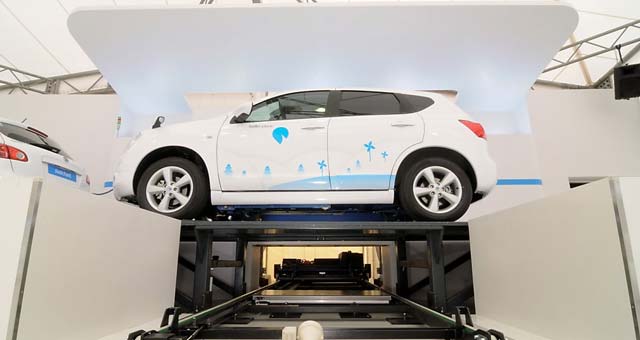 What do you do a month after the largest electric car battery swap network – Better Place – has filed for bankruptcy? Of, course, you put a cheeky smile on your face and announce another battery swap project. Well, at least that’s what Elon Musk, the Chairman and Product Architect of Tesla Motors, did presenting the “Live Pack Swap Demo” at Tesla’s design studio.

This move has left the world media and automotive industry speechless. Is Elon Musk about to make the biggest mistake of his life or can he simply see something that we can’t? We all thought that Tesla’s future was in their Supercharger stations that can add 150 miles of range in just 30 minutes but then why was the Model S built with battery swap compatibility? Was it just a precaution in case Better Place took off? Too many questions.

The Fight Against PHEVs

Better Place was in the middle of a global effort to build electric car battery swap stations in Europe and USA. Shai Agassi – the founder of Better Place – led a riot against the convenient stagnation of the plug-in hybrid electric vehicles (PHEVs). He argued that the stance of GM and Toyota in concentrating on hybrids that do limited all-electric mileage and then take energy from a conventional gas-guzzling on-board generator are not helping the environment and promoting the expansion of electric cars.

Only a pure electric car would solve the environmental problems. To get people into buying electric cars, a battery swap network was necessary. That’s what Agassi thought.

The opposing camp, however, responded that Chevrolet Volt, the most popular example of an PHEV, had been over-engineered and was carrying too big a battery pack. The mainstream attitude seems to be that a PHEV doesn’t need to be able to run 40-50 miles in an electric-only mode.

Some 20 miles are sufficient, meaning that the Volt can do away with a battery half its current size. Yes, depending on your perspective, a 20-mile electric-only journey will probably be enough for a school-run and to do some shopping but in the grand scheme of things, PHEV doesn’t solve the biggest problem – we’re still polluting the environment and the much anticipated fossil fuel independence is nowhere to be seen.

Was Shai Agassi delusional? Certainly not! Battery swap for electric cars was a great idea and there were thousands of people backing Agassi – from investors and industry experts to ordinary customers. In fact, so many people were backing his vision that when Better Place finally entered bankruptcy it had “wasted” $850 million in various investments it had received during the last few years.

Making the Right Decision for the Future

The Renault-Nissan boss Carlos Ghosn has said the alliance would stop producing cars with swappable batteries. All the effort that’s gone into making the Renault Fluence Z.E. compatible with battery swap technology is now likely to be scrapped.

Why is Elon Musk’s vision so very different from Ghosn’s? At the “Live Pack Swap Demo” Musk demonstrated how quickly and effortlessly the robots swap batteries in a car. It takes just a couple of minutes – slightly shorter than what you need to fill up your gas-guzzler. The downside of this concept is that apart from the Model S and presumably the other cars that Tesla Motors will produce in the future, very few (and I mean very very few) cars will support battery swap. Even those who anticipated incorporating this technology into their cars, will now certainly be wary after what happened to Better Place.

So, where’s the catch? Tell you what, Elon Musk can’t care less if any other manufacturer wants to support his battery swap technology. It’s built for the future of the Tesla cars. It’s a closed network! No invitations are going to be sent around.

The other potential downside for anyone to attempt to follow Better Place’s footsteps would be that installation of a single robotic battery swap station costs in the region of $500,000. America is a huge country (your geography teacher will confirm this) and if Denmark could get away with installing 18 swap stations, the USA won’t. Multiply it by a thousand it is still not going to be enough.

Now, how do you recoup this investment? I think I might have an answer to that one too. You recoup the investment by becoming one of the leading car manufacturer in the world. Knowing Elon Musk, the man thinks ahead. Many years ahead. Ok, today Tesla Motors might be a small company building a thousand-something cars per month but they want to build another factory and produce 500,000 cars per year.

Looks like Tesla Motors know where they’re going. What about the others? If you’re a car manufacturer, how do you play your strategy? The future of your company depends on your decision. Swappable batteries? Fast charge? Or something entirely different? Not an easy decision to make!