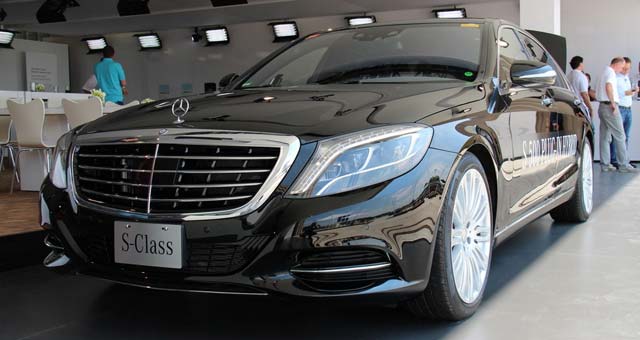 Mercedes has revealed the 2014 Mercedes S500 Plug-in Hybrid at a small press event, ahead of its public debut at the 2013 Frankfurt Motor Show in September.

The V6 unit powers the rear axle, while the electric motor powers the front one.

More details on it will be announced during the Frankfurt Motor Show.