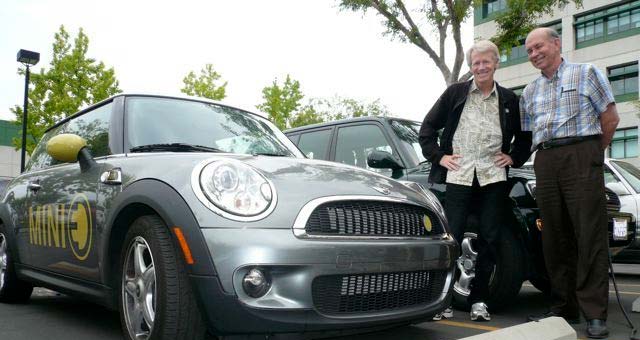 Paul Scott, co-founder of Plug-In America and a Nissan LEAF salesman, is shelling $32,400 out of his retirement savings to talk with President Obama about electric vehicles at a Santa Monica fundraiser next week.

What I want Obama to hear is that for over a decade, I’ve been driving a zero-emission electric car powered by sunlight–it runs on solar electricity generated by the solar panels I purchased over 10 years ago.

This is, in fact, the reason I can afford to speak to the President. By powering my home and car with clean energy, I’m no longer forking over thousands to the oil, coal and natural gas companies.

I recently calculated how much I’ve saved by paying a small utility bill, only, for these basic needs since 2002: roughly $16,000. This is about half what it is costing me to meet with Obama. It begs the question: what would our planet and political process look like if millions of Americans stopped giving hundreds of billions to polluting industries and spent their savings instead on locally-generated, renewable electricity and local goods and services.

It’s reasonable to assume that the inexorable march toward climate calamity would slow and that millions of jobs would be generated. And, if people contributed even a small portion of this savings to causes they believed in–school fundraisers, healthcare for a relative, animal rescue, and especially political causes–the playing field would begin to level.