Sales of Fuel Cell Vehicles Will Surpass 2M Annually by 2030 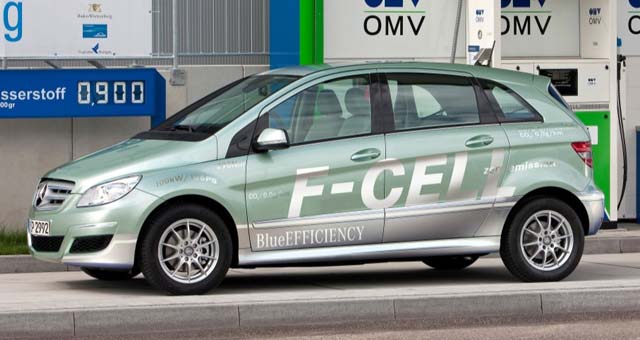 The market for fuel cell vehicles remains limited, with annual deliveries well under 500 vehicles in 2011 and in 2012.

According to a new report from Navigant Research, after a period of slow growth from 2015 to 2017, annual fuel cell vehicle sales volumes will begin to increase and will surpass two million vehicles annually by 2030.

The biggest challenge for automakers will be reaching sufficient volume to bring down system and balance-of-plant costs—which is leading several automakers, including Daimler, to form technology partnerships.  For now, the market is dependent on infrastructure deployment, as cars will not be introduced without readily available fueling.

The transit bus market also needs high volume to bring down costs. Europe continues to lead on fuel cell bus deployments, but annual orders are still well under 100, and manufacturers need to reach at least 100 orders annually to see major cost reductions.  Given the length of time it takes for stations to be built, the early commercial stage for fuel cell vehicles (2015-2017) will see a slow rollout of vehicles.

Sales of plug-in electric vehicles in India have been minimal due to a myriad of factors: little domestic production, the high cost of vehicles, a lack of government commitment, an often unstable power grid, and almost no formal charging infrastructure. Making the environment more conducive to electric vehicle sales will take years of investment from the public and private sector, limiting the growth of the market in the short term. The government’s on-and-off support for electric vehicles has caused many companies that began to produce electric vehicles to halt production, and in some cases cease operations.

Nevertheless, trends in the country’s demographics, traffic patterns, and natural resources suggest enormous potential. Estimates by the Indian government and industry foresee India becoming the third-largest market for cars in the world by 2020.

The country’s dense urban centers and short yet congested commutes make it a natural fit with the relatively low power density of electric drivetrains. Additionally, the reinstatement of the government incentive for electric vehicle purchases in 2013 will spur Indian automakers to develop new models.