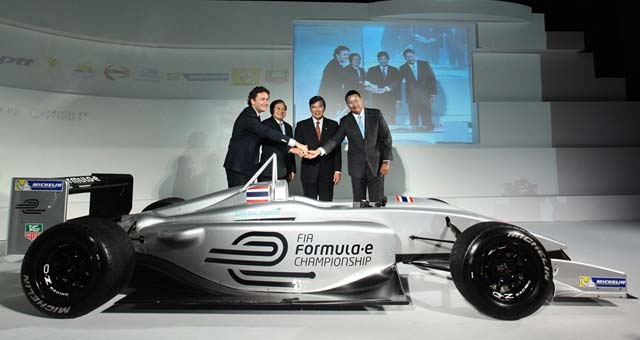 A total of 10 races are scheduled for 2014 with Bangkok adding its name to the list of candidate cities for the remaining two slots.

Since launching in August 2012, FEH has received formal letters of interest from 23 cities across five continents with the final calendar being presented to the FIA for its approval at the September 2013 World Motor Sport Council.

Formula E is a new FIA championship that brings electric vehicle racing to the people, as city centres around the world play host to an electric energy World Championship designed to promote interest and investment in electric vehicles and sustainable motoring.

May 17, 2013Blagojce Krivevski
BYD Delivers E6 Electric Cars for Taxi Service in Hong KongHow to change the paradigm of the electric car?