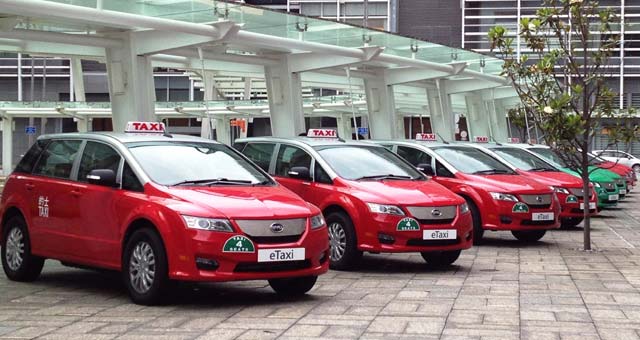 BYD also announced that the e6 “Taxi version” and e6 “Premier” sedan were now officially on sale in Hong Kong.

In conjunction with the introduction of Hong Kong’s first pure electric taxi fleet and the e6 Premier sedans, BYD is setting up 47 chargers in 9 charging locations near car parks throughout Hong Kong as the first phase of deployment.

To address the anticipated growth of EV adoption, BYD plans to increase the number of charging facilities as adoption rolls out. These charging stations are now dispersed across Hong Kong Island, Kowloon, New Territories and Lantau Island. The selection of these locations was optimized with the taxi-driver, shift-change locations, while taking into consideration the distance between each station and forming a reasonable coverage network for convenience. In addition, it is only anticipated that a one-hour recharge would only be needed per shift (during a rest or lunch break).

Pure electric vehicles are becoming a major trend in the world, especially in densely populated cities like Hong Kong, where many vehicles are driven in a compact area day and night — it is a pressing imperative that this public transportation becomes cleaner.