Obama Seeks $2B in Research on Electric Cars, Biofuels 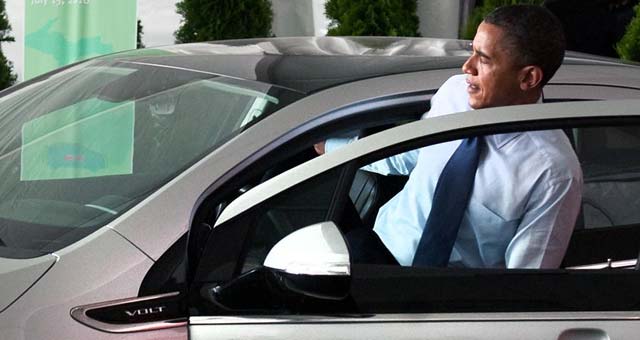 President Barack Obama on Friday urged Congress to authorize spending $2 billion over the next decade to expand research into electric cars and biofuels.

The Obama Administration is calling on Congress to establish a new Energy Security Trust, which is designed to invest in breakthrough research that will make the technologies of the future cheaper and better.

The Energy Security Trust will fund the advances that will allow the U.S. citizens to run cars and trucks on electricity or homegrown fuels, and on the technology that will enable vehicles to drive from coast-to-coast without a drop of oil.

Over 10 years, the Energy Security Trust will provide $2 billion for critical, cutting-edge research focused on developing cost-effective transportation alternatives. The funding will be provided by revenues from federal oil and gas development, and will not add any additional costs to the federal budget.

The investments will support research into a range of technologies – things like advanced vehicles that run on electricity, homegrown biofuels, and domestically produced natural gas. It will also help fund a small number of real-world experiments that try different transportation techniques in cities and towns around the country using advanced vehicles at scale.

The initiative, proposing to spend $200 million a year on research, would be paid for with revenue from federal oil and gas leases on offshore drilling and would not add to the deficit.

The money would fund research on “breakthrough” technologies such as batteries for electric cars and biofuels made from switch grass or other materials. Researchers also would look to improve use of natural gas as a fuel for cars and trucks.

Obama’s push for the energy trust came as the Environmental Protection Agency released a report Friday indicating that fuel economy standards rose last year by 1.4 miles per gallon, the largest annual increase since EPA started keeping track. The agency said the improvement was due to better availability of high-performing cars and more options for consumers. 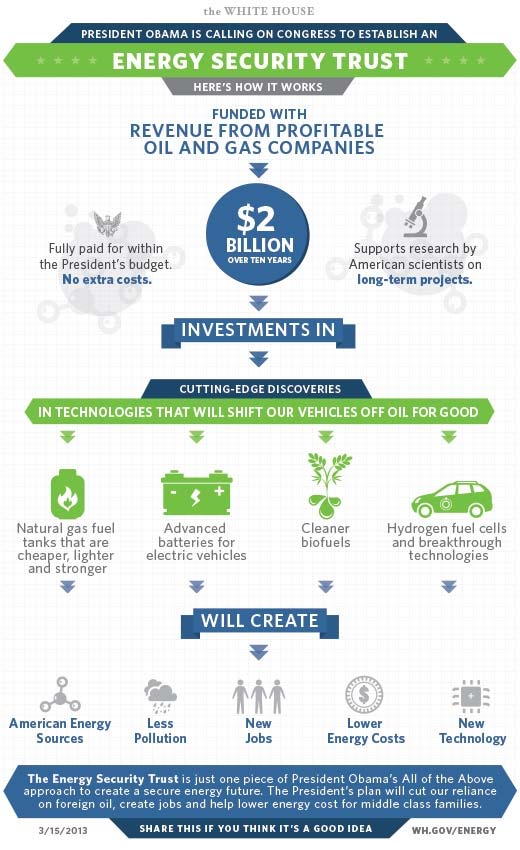