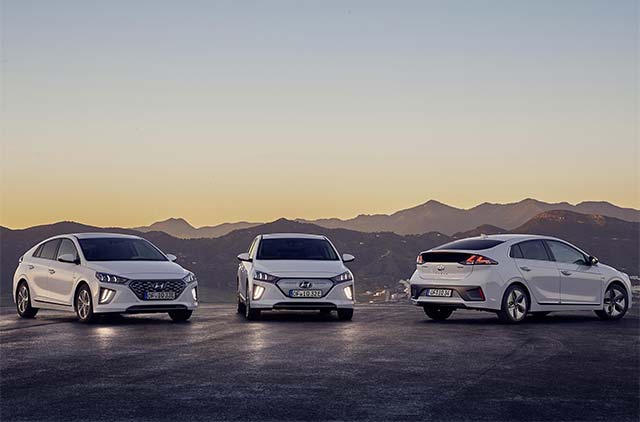 Almost one fifth of petrol and diesel car owners are put off going electric because they’re worried about driving in adverse weather conditions such as a ‘lightning storm’, research has revealed.

Interest in green motoring continues to grow as Brits look to cut their carbon footprint and reduce their running costs, with sales of pure electric cars up by 151 per cent in October.

But despite the growth, and Government plans to phase out the sale of conventional petrol and diesel cars by 2040, several myths around electric vehicles remain.

The survey of petrol and diesel drivers revealed 22 per cent would not feel safe charging an electric car.

Meanwhile, 18 per cent said they didn’t think it would be safe to drive through a lightning storm, and 12 per cent wouldn’t feel happy about charging their phone in an electric car.

And while London currently boasts more than 20,000 electric vehicles, 1,700 electric taxis and Europe’s largest electric bus fleet, it is here where petrol and diesel owners are most concerned about the supposed dangers of zero emission driving.

In comparison, just 11 per cent of people in East Anglia were worried about going out in an electric car in the same conditions.

Hyundai conducted the myth-busting research with OnePoll as society looks at ways to reduce its carbon-footprint – with the automotive sector already investing billions of pounds to bring more electric vehicles to market, helping to manage the transition to a zero-emission motoring future.

Of the 2,000 petrol, diesel and alternatively-fuelled vehicle (AFV) drivers surveyed by Hyundai, 56 per cent said the government was doing the right thing by encouraging motorists to switch to AFVs by 2040.

It follows another study undertaken by the car manufacturer which found that 46 per cent of motorists cited range anxiety as one of their major concerns about buying an electric car.

This is despite the average Brit driving around 20 miles per day and the UK boasting more public charging stations than petrol stations.

The existence of myths could be down to a lack of education about electric cars, with 28 per cent admitting they don’t know enough about EVs.

Sylvie Childs, Senior Product Manager at Hyundai Motor UK, said: “It’s been fascinating to hear about some of the misconceptions that people still have about electric vehicles.

“We’ve all been told you don’t mix electricity with water, but when it comes to EVs there’s absolutely no extra risk of driving in a lightning storm – they are just as safe as a petrol or diesel car.

“Range anxiety is also an interesting one. When electric cars first came out the range was an issue we had to tackle, but these days you can get almost 300 miles on a single charge and this will increase further in time. The NEXO hydrogen fuel cell car can travel even further with a range of over 400 miles and takes less than five minutes to re-fuel with hydrogen.

“But despite these common misconceptions, our research, along with the growth in sales figures, shows there is a real appetite for low emission vehicles in the UK.

“It’s for us in the industry, working together with Government and electricity providers, to make sure drivers understand the reality of EV ownership.”

Hyundai offers hybrid, plug-in hybrid, battery electric and hydrogen fuel cell electric cars alongside petrol and diesel vehicles and is launching its Drive Different campaign, which looks at our attitudes towards eco mobility, what impacts our driving style and how this changes in an AFV.

Hyundai has now addressed the top ten concerns and myths about electric cars:

1. Range anxiety bringing you down?

Don’t panic. A typical electric vehicle covers between 100 and 200 miles on a single charge and even longer on some models with ranges of more than 300 miles. Hyundai’s KONA Electric can actually go as far as 278 miles with one charge.

No need to be! There are currently more than 14,500 public charging points in more than 9,000 locations in the UK and the network is growing rapidly.

3. Think an electric vehicle is too expensive?

Think again. With more and more affordable and competitive options and fewer moving parts to fail or need replacing, EVs are in fact cheaper to run than conventionally fuelled vehicles.

4. Worried that electric vehicles are too sluggish?

Not true! Instant torque delivery means EVs can accelerate just as quickly and if not much quicker than their petrol or diesel counterparts. For example, Hyundai’s Kona Electric can accelerate from 0-62mph in just 7.9 seconds.

5. Think you can’t take an electric vehicle through the car wash or drive in a lightning storm?

Of course we’ve all been told that you don’t mix electricity with water, but when it comes to EV’s its perfectly safe to use a car wash and there’s no extra risk of driving in a lightning storm.

6. Not enough choice in the market?

The electric car market is expanding rapidly. In fact, Hyundai currently has the largest e-mobility fleet in the world including the latest in electric, hybrid and hydrogen fuel cell vehicles.

7. Worried that electric vehicles’ batteries are adding to the landfill crisis?

EV batteries can be recycled just like the batteries in petrol or diesel cars. EV power cells can be used to store solar and wind energy, or they can be broken down with their more-valuable elements reused.

8. Doubting the safety of electric vehicles?

9. Worried about your breakdown cover?

No reason to be. The majority of breakdown suppliers now provide services for all EVs as well as conventional vehicles.

You won’t be disappointed. As soon as you push down on the accelerator, the transition from stationary to speed is almost instantaneous.