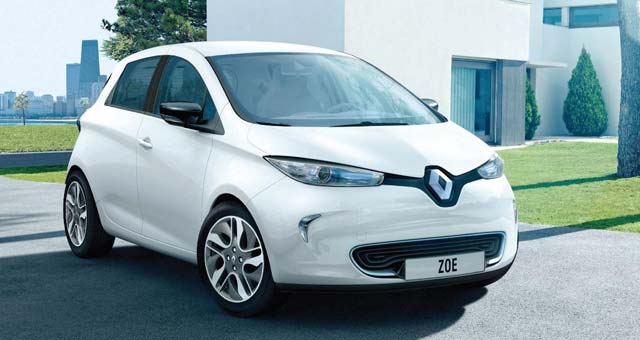 Ahead of the UK launch of the all-electric Renault ZOE on 7 June, the French carmaker has announced a new money-saving incentive to attract buyers to showrooms.

Renault will give a free home-installed charging point to every new customer as well as those who’ve already pre-ordered a Renault ZOE.

This offer makes the most of the recently announced 75% support on domestic Wall-box installations as part of the government’s £37m grant funding to increase take up of electric vehicles, with Renault contributing the remaining 25%. The ground-breaking offer will save a typical customer up to £500 and make the stylish Renault ZOE even more affordable and easy to run.

Customers already save up to £5,000 on the price of their electric car from the government’s Plug-In Grant.  In ZOE’s case, this brings the car’s on-the-road price (£13,650 to £14,750 depending on trim level) down to an equivalent diesel supermini and becomes yet another incentive to make the switch to electric and ‘Drive the change’.

British Gas will install a 32 amp (7kW) ZE ready Single Wall-box with all new and pre-ordered purchases, and have it fully operational ready for owners well in advance of charging their eagerly-awaited  pure electric ZOE at home for the first time.

The process will be seamless. When customers place a Renault ZOE order, British Gas will be informed straight away. They will then simply contact customers to arrange a convenient time for a home survey and installation, approximately one month before delivery of the car.

Renault believes that around 90% of charging will take place at home, with ZOE’s battery able to be charged from completely flat to fully charged in just three and a half hours with the Single Wall-box. As an added ‘green’ bonus, the ‘data-enabled type 2 Wall-box also allows customers to see how much energy the car is using and the comparable emissions savings they are making via an  online app. ZOE can also be fast charged to 80% of its capacity in just 30 minutes using public Rapid-Charger 43kW power sources.

The Single Wall-box can be installed at any UK residential address with a GPRS signal, and has an attached lead, meaning that drivers don’t have to delve into the boot at night to find the cable to plug in. The cable is 4.5 meters long, ensuring that even customers with off-street parking will be able to charge their ZOE easily. Also included in the package is free access to the public charging network across the UK.

Mar 20, 2013Blagojce Krivevski
BMW Secures Hundreds of Advance i3 OrdersStudy: One-Third Of Electric Car Owners In Japan Will Not Buy One Again