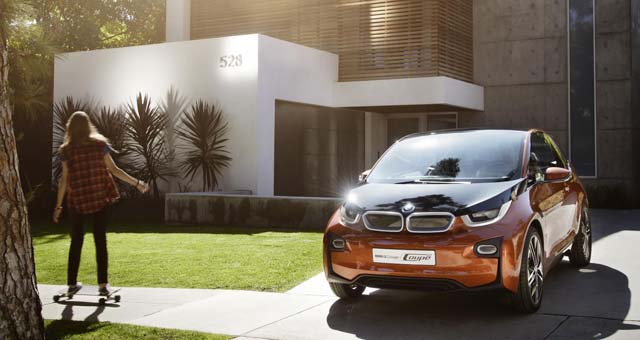 At the Annual Accounts Press Conference in Munich, Norbert Reithofer, Chairman of the Board of Management of BMW AG, said the has received several hundred advance orders for its BMW i3 electric car.

The BMW i3 is set to debut in production form at the 2013 Frankfurt Auto Show in September, before going on sale by the end of the year in Europe, the United States and China.

Global Sales and Marketing chief, Ian Robertson said: “We already have a lot of names and addresses even though we are still six months away from launch. Project i also has 1.2 million Facebook fans and the interest is a lot higher than we expected.

Ulrich Kranz, senior vice president of BMW i, said the i3 is currently winter testing in Sweden. He added: “We are making final adjustments and everything is going very well. We are really confident and our expectations are very high.”

The BMW i3 is designed with a carbon-fiber reinforced plastic passenger compartment and an aluminum chassis which the company claims is 250-350kgs lighter than other EV passenger cars on the road.

The BMW i3 has a range on a single electrical charge of 130 to 160 kilometers, but with two eco modes the EV range could grow to 220 kilometers,” said Maximilian Kellner, head of product management of BMW i division.

The first eco mode, called EcoPro, reduces the torque delivered by the electric motor and the energy used by features such as air conditioning or heating. In EcoPro mode, the i3 adds 20km to its battery range. The second mode, known as the EcoPro+ range, shuts down all systems that use electricity except for safety systems such as ABS and ESC. This adds another 40km of range, Kellner said.

The BMW i3 can also be supplied with an optional range extender, which increases the driving range to approximately 300 kilometers.