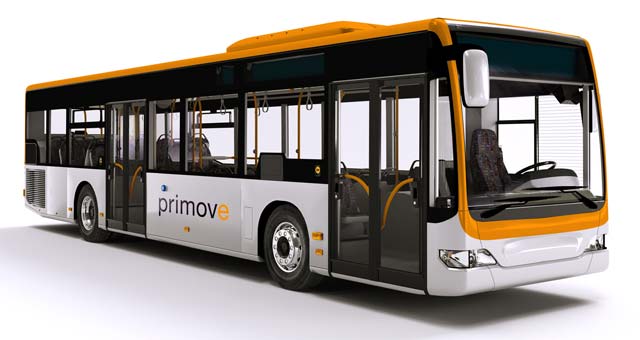 Bombardier has announced that it will be testing its electric bus technology next winter on buses that are operating in Montréal.

German bus riders, however, will get a first hand-on opportunity to see the electric buses in action during a 12-month trial beginning in the second quarter of 2014.

The trial will see two electric buses fitted with Canadian transportation manufacturer Bombardier’s PRIMOVE inductive charging technology, which will enable them to be recharged wirelessly as they let passengers on and off at bus stops along the inner city route 63 in Mannheim, Germany.

Bombardier’s PRIMOVE charging technology is based on inductive energy transfer. It is installed entirely under the road surface and under the floor of the vehicles. The charging process begins as soon as the vehicle completely covers the charging segment.

Germany’s Federal Ministry of Transport, Building and Urban Development is providing €3.3 million (US$4.35 million) to fund the project.