What the future holds for hybrid cars 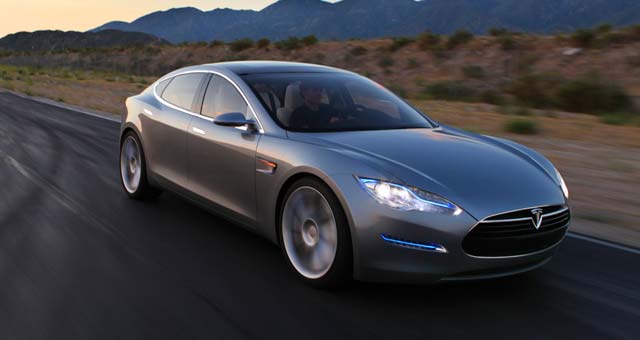 Even with the rise in popularity of the global eco-friendly movement, hybrid technology is still waiting for mainstream acceptance amongst drivers who are apprehensive in making a move from the traditional fuel consuming car. Although hybrid cars have been around for over a decade, car manufacturers are still struggling to develop models which disband popular myths and beliefs about hybrids.

Earlier hybrid models such as the Toyota Prius and Honda Insight gave people the impression that hybrid cars lack stylish design features, take too long to charge and carry high insurance premiums due to the complexity of the hybrid technology.  However, this may all be about to change as innovations in hybrid technology and car design have taken huge steps in recent years.

Looking into the future of the hybrid car industry, we take a look at the top 3 most opinion dividing and innovative models that will be making their way to a showroom near you in the next few years:

Tesla, a small car manufacturer based in California which has so far struggled to compete with the majors, are ready to make a big impact on the electric car market with their latest production line property, the innovative Tesla Model-S. With its huge battery packed underneath the vehicle’s floor and its motor packaged between the rear wheels, the Model-S leaves plenty of storage and leg room making it an ideal family car. But the main selling point is the Model-S powerful performance range, reaching 0-60mph in just under 4.5 seconds, making it one of the fastest electric hybrid cars to date.

Finishing all this excitement off with an enormous, 17-inch, easy to use touchscreen as a centre panel makes the Tesla Model-S a game changer and subsequently puts Tesla on the map for innovative engineering.

Ford’s strategy going forward is strongly focused on the development of some of the most fuel-efficient cars on the market and Ford Fusion Hybrid has been designed to emphasise that strategy. According to Ford, the Fusion, with its 47-mpg city and 44 mpg highway ratings, will be America’s most fuel efficient, non-plug-in sedan.

The latest Ford Fusion model also dispels popular belief that an efficient hybrid has to look like a refrigerator with one of the most stylish and elegantly designed hybrids to date. It’s lightweight design is achieved by using a lithium ion battery, instead of a nickel-metal hydride battery, allowing the car to reach 60mph on electric power alone.

At a modest price of around $25,000, the Ford Fusion Hybrid has potential for changing opinions of a lot of ardent traditional car enthusiasts.

The i8 is set to become BMW’s flagship fuel efficient model when it’s released later this year. The latest hybrid offering has a beautifully stylish design representing true BMW features whilst moving  the company in a new, more fuel efficient direction.

The unique engineering of the BMW i8 is characterised by a hybrid powertrain, which uses an electric engine to power the front wheels, while a 3-cylinder engine powers the rear ones. The resulting energy output generates an impressive 164 kW of torque, allowing acceleration to 62 mph in only 4.8 seconds.

Jan 31, 2013Blagojce Krivevski
Infographic: The Evolution of the CarFisker Reduces Karma Emissions for the Netherlands