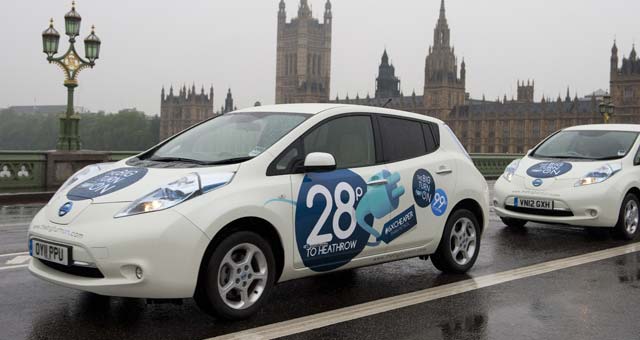 As a part of a new strategy to kickstart Europe’s low-carbon automotive industry, the European Union has pledged a huge expansion of infrastructure for electric vehicles with binding targets to multiply the number of Europe’s charging stations.

The €10-billion plan, mostly funded by industry, is intended to break the “vicious circle” which prevents plug-in electric vehicles being manufactured because of a lack of infrastructure.

In the current proposal, as well as electric vehicles, the EU sets out quotas for hydrogen and compressed natural gas (CNG), and liquefied natural gas (LNG) filling stations.

The number of required electric charging points varies according to each country’s production plans. The UK, Germany and France for example have 2020 targets for producing 1.55 million, 1 million and 2 million electric vehicles, respectively.

The “Type 2″ plug developed by the German company Mennekes will be the common standard for charging electrified vehicles across the European Union.

Hydrogen, LNG, CNG
For hydrogen fuel cell vehicles, the Commission is proposing a maximum distance between refuelling stations of 300 km, to assuage the same fears about ‘range anxiety’ addressed in the electric charging points expansion.

The Commission also wants LNG filling stations installed in the core 10% of maritime and inland ports by 2020. Sweden is planning to open the EU’s first liquefied natural gas facility within weeks.

A network of LNG terminals at 400-km intervals is also mandated for trucks, and CNG filling points every 150 km. Common standards for hydrogen, CNG and LNG filling stations should be developed by December 2015.