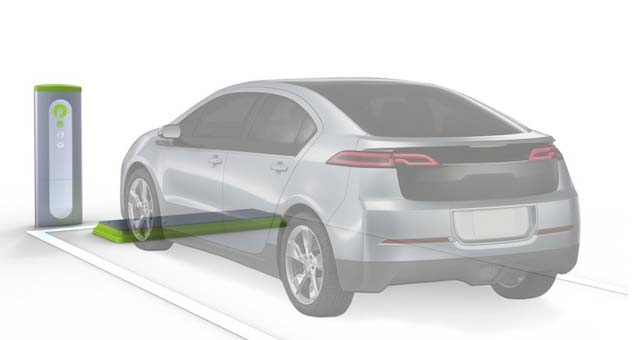 During the past few years, wireless charging for electric vehicles has appeared to be mainly a promising technology with no viable market.

In the last 6 to 12 months, however, these factors have begun to shift.

Nearly all of the major EV manufacturers have announced partnerships to develop wireless charging systems and there are signs that such systems, installed at the factory or added at the dealership, could become a market differentiator for EV models.

The market for wireless electric vehicle charging is tied to the widespread deployment of EVs, but the degree to which EVs will compete with internal combustion engine (ICE) vehicles is not certain. Penetration in 2012 was only a fraction of 1% of vehicles sold.

Even if a thriving consumer market for EVs emerges, no guarantee exists that automakers and consumers will embrace wireless EV charging over more conventional, already established plug-in systems.

Many trials with OEM vehicles have started up in 2012, and at least one vendor – Evatran, which markets its products under the marque “Plugless Power” – intends to bring a system to market in the first half of 2013.

Pike Research forecasts that wireless charging equipment for light duty vehicle sales will grow by a CAGR of 91% from 2013 to 2020, as wireless systems move from a retrofit technology to an integrated part of new EVs, reaching annual sales of 283,000 units in 2020.

Wireless EV charging equipment currently costs 10%–25% more than comparable cabled charging equipment. Achieving cost parity is an important goal for vendors, but it may be unattainable in the immediate future due to higher equipment costs and lower production volumes.

Nevertheless, breakthroughs in performance and price could enable wireless EV charging to capture a much greater share of the overall EV charging market by 2017 – when the EV market is expected to reach significant volume and rapid growth – than the 7% currently forecast.  In the nearer term, by 2014, success will be measured at 5% or 6% of that market.

Overall, Pike Research expects sales of electric vehicles to grow steadily until 2015, followed by accelerating sales from 2015 through 2020 to reach nearly 1.7 million by 2020. Sales of wireless EV charging systems will follow a similar curve: slow growth starting in 2013 (from a base of zero), with sales and revenue accelerating in the second half of the decade.