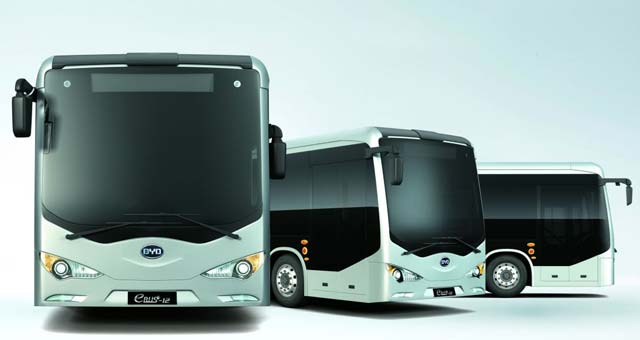 Chinese carmaker BYD has signed an agreement with energy giant Bulmineral to build an electric bus and car factory in Bulgaria.

Bulmineral will build the factory in Breznik, 50km (30 miles) west of Sofia, and will produce 40-60 electric buses a day.

BYD would be the second Chinese automotive business to set up in Bulgaria after Great Wall Motor, which launched an assembly plant in the northern town of Bahovitsa in February. This is due for completion in 2015 with an annual capacity of 50,000 vehicles.

The 12-meter long BYD electric bus is able to run 250 km (155 miles) on a single charge in urban conditions. This allows a travelling range that is sufficient for one whole shift in most cities. The core technology of BYD electric buses is BYD’s self-developed Iron-Phosphate battery technology boasting the highest safety, longest service life and most environmentally-friendly rechargeable chemistry. It also contains no heavy metals or toxic electrolytes. The accumulated mileage of BYD electric buses in Shenzhen, China alone has surpassed 11.81 million kilometers (or 7.33 million miles) by the end of November 2012.