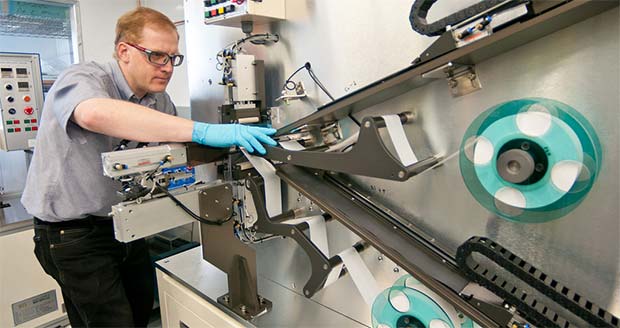 The U.S. DOE has selected Argonne National Laboratory to lead a national research initiative on improving batteries for electric and hybrid cars.

The Argonne National Laboratory will receive up to $120 million over five years to establish a new ‘Batteries and Energy Storage Hub.’

The Hub, to be known as the Joint Center for Energy Storage Research (JCESR), will combine the R&D firepower of five DOE national laboratories, five universities, and four private firms in an effort aimed at achieving revolutionary advances in battery performance. Advancing next-generation battery and energy storage technologies for electric and hybrid cars and the electricity grid are critical parts of President Obama’s all-of-the-above energy strategy to reduce America’s reliance on foreign oil and lower energy costs for U.S. consumers.

Illinois Gov. Pat Quinn is providing $5 million through his Illinois Jobs Now! capital construction plan to help build the state-of-the-art JCESR facility, which will be located on the Argonne National Laboratory campus in suburban Chicago. Additionally, the Governor has committed to working with the General Assembly to provide an additional $30 million in future capital funding for the building, which will serve as a nationwide center for energy storage research and is a key part of the governor’s plan to create jobs and grow Illinois’ economy through cutting-edge innovation.

The new Hub will integrate efforts at several successful independent research programs into a larger, coordinated effort designed to push the limits on battery advances.  Advancements in batteries and energy storage technology are essential for continued efforts to develop a fundamentally new energy economy with decisively reduced dependence on imported oil.  Improved storage will be vital to fully integrating intermittent renewable energy sources such as wind and solar into the electrical grid.  It will also be critical to transitioning the transportation sector to more flexible grid power.