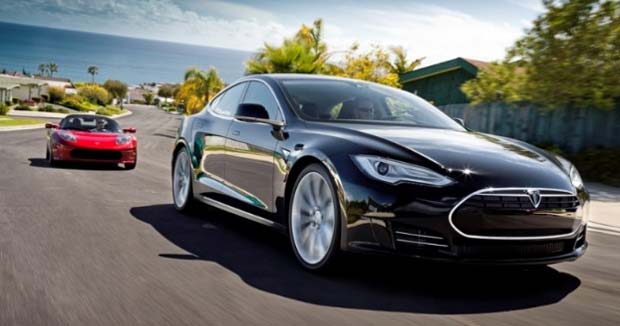 “It is a testament not only to the luxury sedan and electric car segment, but to American engineering overall. To be the first car in the 64-year history of the award to be powered by something other than gasoline must mean it is very special,” Edward Loh, editor-in-chief of Motor Trend, said in the statement.

In explaining its decision, Motor Trend praised the $58,570 Model S for its performance and style as well as its functional hatchback packaging and range between charges, which is EPA rated at 140, 200 or 265 miles depending on the size of the battery pack it is equipped with. A top of the line model costs up to $107,350.

Motor Trend also noted Tesla’s commitment to building a network of quick charging stations that can provide up to 160 miles of charge in 30 minutes.