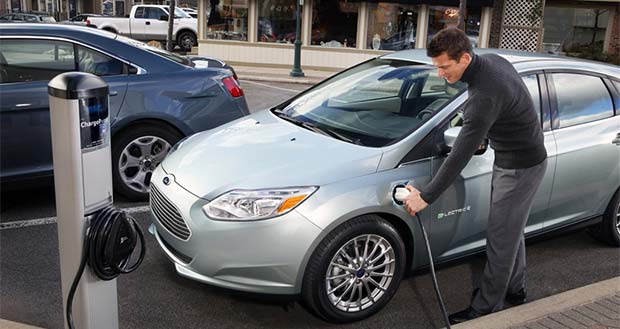 Electric vehicles will remain a very small part of the U.S. market unless automakers can lower prices and demonstrate the economic benefits to consumers, according to the J.D. Power and Associates 2012 Electric Vehicle Ownership Experience Study.

The inaugural study explores the EV shopping and consideration experience as well as the ownership experience, and provides an analysis of the needs and expectations of current and future EV owners.

Current EV owners most often cite environmental friendliness as the most important benefit of owning an EV. Nearly one-half (44%) of these owners indicate the top benefit of their vehicle is lower emissions, compared with emissions from gasoline- or diesel-powered vehicles.

However, consumers considering an EV for their next vehicle primarily want to lower their fuel costs. While 11 percent of consumers would consider an EV for its environmental benefits, 45 percent want to reap the economic benefits of fuel savings. For example, current EV owners report an average monthly increase in their utility bill of just $18 to recharge their vehicle’s battery-which is significantly less than the$147 that they would typically pay for gasoline during the same period of time.

The study finds that virtually all EV owners charge their vehicle at home. One-third of EV owners elect to use a standard 120-volt outlet to charge their vehicle rather than install a special home-charging station, which can recharge an electric vehicle in half the time that it takes when using a standard 120-volt household outlet, and provides greater ability to leverage lower off-peak electricity rates.

The study finds that 31 percent of  EV owners are either on a time-of-day plan through their utility company that offers lower-priced charging during off-peak hours (entire household on same meter); have a special EV plan with a separate meter; or pay a flat fee per month to charge their EV (no separate meter required).

Driving range and the availability of charging stations are the top concerns among consumers considering an EV. The study finds 12 percent of EV intenders are concerned about the driving range. However, current EV owners indicate an average daily commute of 34 miles-which is well within the range of a fully charged EV.

The size of the vehicle is the second-most-frequently cited reason for rejecting an EV. Consumers considering an EV look more frequently for a midsize sedan than any other size vehicle. Currently, most of the EVs being produced are in the small vehicle segments, which should change as new midsize models enter the market in 2013. In addition to price and vehicle size, concerns with reliability of EVs rounds out the top three rejection reasons.

The payoff for automakers is that once they get consumers to buy an EV, they tend to retain them as customers. Overall, 82.5 percent of owners indicate they “definitely will” or “probably will” buy another EV from the same brand. The average retention among owners of all vehicle types is 49.8 percent.

The 2012 Electric Vehicle Ownership Experience Study is based on online responses from more than 7,600 vehicle owners and panelists who either currently own an EV, are considering an EV for their next vehicle purchase, or shopped for an EV but ultimately decided not to purchase one.  The study was fielded in October 2012.