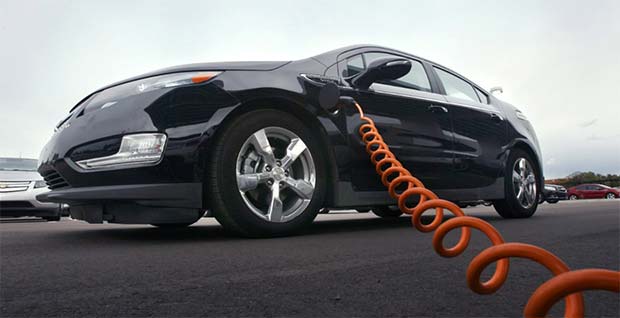 OnStar is testing an app capable of telling Chevrolet Volt owners how much it costs to charge their battery – and compare the Volt’s energy use with the total energy consumed in their home by day, month or year.

The new app, called EcoHub, will initially be tested with and available to residents of the Pecan Street demonstration project, a smart grid living community in Austin.

“For the first time we’re able to put one of our Smart Grid solutions into the hands of actual consumers, thanks in part to our partnership with Pecan Street,” said Paul Pebbles, global manager, Electric Vehicle and Smart Grid Services. “Down the line, we hope this app can be a beneficial tool for all drivers of electric vehicles.”

The EcoHub app works by pulling overall home energy usage data, provided by an energy data source, such as a utility or smart meter company. The app also collects Volt charging information from OnStar subscribers and Volt owners who opt in for EcoHub. The energy use data is then aggregated to show vehicle owners exactly how much energy is being used on a daily, monthly or yearly basis, while showing what percentage of that energy went to charging the Volt. Based on electricity rates, the data is broken down to show the cost of both total energy usage and Volt charging energy use.

The 2013 Chevrolet Volt can travel an average of 38 miles on one full electric charge before its onboard gas-powered electric generator seamlessly switches on.

In addition, the EcoHub app will include a “Ticker” screen that shows drivers the national values for Total Miles Driven, Total EV Miles Driven and Gallons of Fuel Saved.

While the app will be tested with and only be available to Volt drivers in Pecan Street project at first, OnStar hopes to make the app available for all Volt owners in the near future.[wzslider height=”400″ lightbox=”true”]