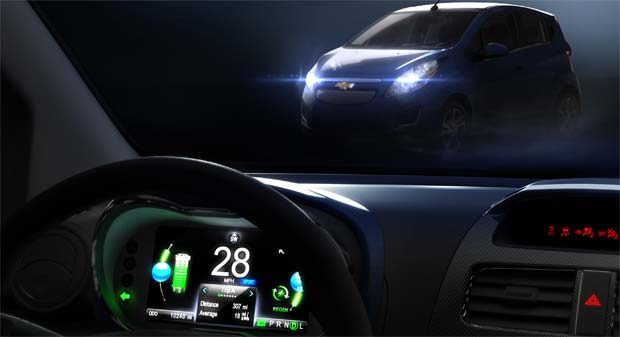 GM Korea Co. announced on Thursday its plans to launch an all-electric Chevrolet Spark mini car in Korean market in 2013.

GM’s South Korean unit produces about a quarter of the total vehicles produced globally under the Chevrolet marque.

“We are planning to invest more than 1 trillion won ($908 million) each year from next year to develop new vehicles, power trains and environmentally friendly equipment,” GM Korea said in a statement.

According to company’s plan, all-electric Chevrolet Spark mini car will be produced at its Changwon plant next year and will be exported to the U.S. as well as sold in the domestic market.

GM said that the electric Spark will have maximum electric motor output of 85kW (114 hp). Additional specifications will be disclosed at a later date.