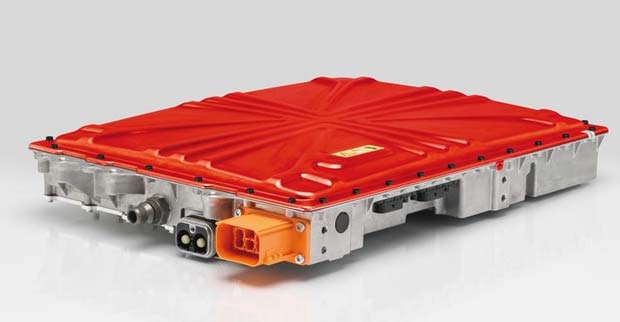 BRUSA Elektronik AG will become the first firm to introduce an on-board charging system that operates on three-phase current of up to 22 kilowatts.

BRUSA claims the fast charger will be able to fully charge a typical electric car—one with about 150 km (93 miles) of range—in less than one hour without a special DC infrastructure.

Electric cars equipped with the BRUSA fast charger will be available to the customers in October 2012.

The new fast charger NLG6 from BRUSA Elektronik AG is the world’s first charger that operates on three-phase supplies and is small enough to be fitted on-board an electric car.

The fast charger itself requires no cost-intensive off-board infrastructure but can generally be used at all three-phase power supplies. Modern house connections and most public charging points are already equipped with the required power supply of 400 volt and 32 ampere. Of course, the fast charger can also be used with lower rated power sources (e.g. 3.7 kW).

The outstanding power density of 1.9 kW/kg makes the new fast charger one of the most efficient devices on the market. Although the NLG6 is a very compact device it offers innovative and cutting-edge features. Using the PLC technology, the fast charger is able to communicate through the charging cable and thus enabling various functionalities such as internet connectivity (e.g. when mobile network is not available) or intelligent charging (Smart Charge Communication according to ISO15118).

To be able to compensate for the increased availability of renewable energy sources and decentralized power production, grid stabilizing measures will gain importance in the future. The NLG6 is well prepared to bring stability into the grid with intelligent features such as idle and peak power regulation and bidirectional operation.

Since its foundation in 1985, BRUSA Elektronik AG has been exclusively developing and producing powerful and highly efficient power electronics and motors for electric vehicles. Many reputable car makers are amongst the customers of the Swiss technology firm, directly benefiting from BRUSA’s long-standing experience of engineering electric drivetrains. Their recent project with Volvo is just one example. As part of Volvos electrification strategy BRUSA successfully delivered more than 250 complete drivetrain sets that are now powering the Volvo C30 Electric fleet.