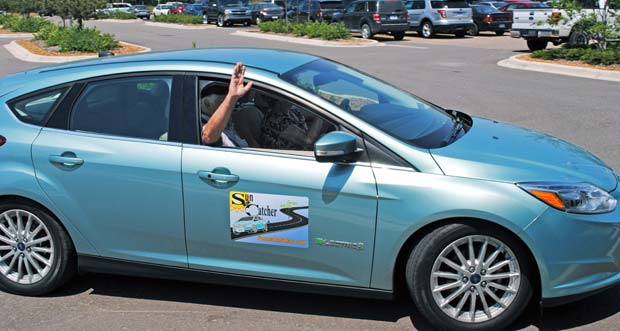 Ty Newell of Illinois celebrated becoming one of the first retail customers for the Ford Focus Electric by recreating one of the country’s earliest automotive road trips.

After taking delivery of the Focus Electric from Hassett Ford in Wantagh, N.Y., Newell and his wife decided to drive it to the Ford Michigan Assembly Plant in Wayne, Mich. where it was built.

The trip reversed the course of a trip completed by Roy Chapin between October 29 and November 5, 1901 when he became the first person to drive a car from Detroit to New York. William Chapin, president of the Automotive Hall of Fame in Dearborn and grandson of Roy, met up with the Newells at the plant to congratulate them.