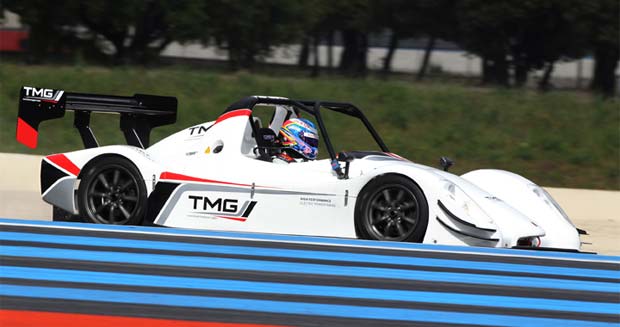 Toyota Motorsport GmbH (TMG) will demonstrate its high-performance electric powertrain technology on one of North America’s most demanding motorsport events; the Pikes Peak International Hill Climb in Colorado on 8 July.

TMG’s advanced electric and electronic department has spent the past months developing on an updated electric powertrain, which is more powerful and more durable than its predecessor.

That high-performance electric powertrain is the heart of the new TMG EV P002 car, which will compete at Pikes Peak as part of a project from Japanese company RK1 Inc. Multiple Japanese rally champion Fumio Nutahara will drive the car which features prominent branding from Yokohama.

Based on a Radical chassis, the TMG EV P002 has a predicted top speed of 240km/h (about 150 mph) in Pikes Peak configuration, with combined maximum power of 350kW from its two axial flux motors.

The hillclimb, which begins at an altitude of 2,800m and reaches the summit of 4,300m, is an ideal environment to showcase the strengths of an electric powertrain. TMG’s high-performance electric powertrain maintains full power despite the thin atmosphere at high altitude while delivering an impressive 900Nm of torque through its single-speed gearing.

The TMG EV P002 underwent a successful three-day testing session at the Paul Ricard circuit in southern France in May to verify car and powertrain performance.