Opel Says Ampera was Europe’s No.1 EV in May 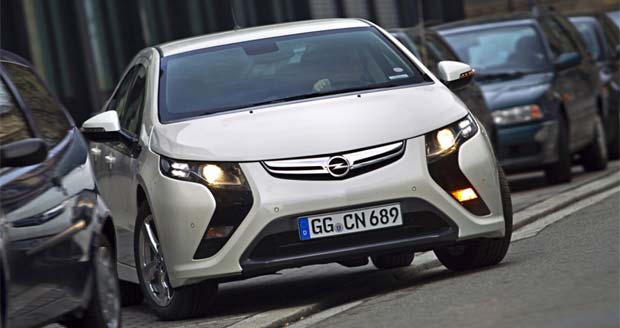 Opel Ampera is Europe’s best selling passenger electric vehicle with a European segment share of over 20 percent, according to Opel sales figures from May 2012.

Opel says that in the Netherlands, the Ampera has taken more than 77 percent of the passenger EV market share in May, making it the undisputed leader of its segment by a wide margin with all the other competitors only managing single figure percentages. The average year to date market share for the Opel Ampera in the Netherlands was more than 50 percent, underscoring its continuing popularity in that country.

Based on the latest available figures, the Ampera is also the best-selling EV including Germany with a share of more than a third and Switzerland with 44 percent.

The Ampera has won more than 50 national and international prizes including the “Car of the Year 2012” award and the “World Green Car of the Year 2011”. There have also been accolades for safety like the maximum 5-star Euro NCAP award.

A 16 kWh lithium ion battery powers the 111kW/150 hp electric motor of the Ampera. Depending on the style of driving and road conditions, distances of between 40 and 80 kilometers (25 to 50 miles) can be covered in the purely battery-operated mode. In extended-range mode, which activates whenever the battery has reached its minimum state of charge, power is inverted to the electric drive unit from a generator driven by a 1.4-liter, 63 kW/86 hp gasoline engine. Extended-range mode enables a total driving range of more than 500 kilometers (311 miles) without refueling.