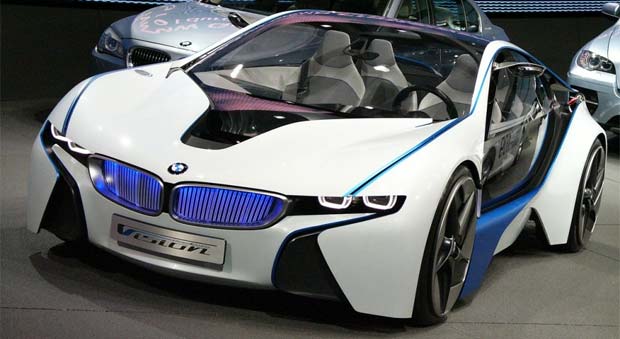 “It is a super sportscar and will be priced accordingly,” said Ian Robertson, BMW head of sales and marketing. “The final price isn’t decided but it will be priced up there with similar machinery.”

The i8 PHEV sportscar combines the electric drive system of the BMW i3, with a 96 kW (129 hp) electric motor located in the front axle powering the front wheels and at the rear is a turbocharged 1.5-liter 3-cylinder gasoline engine producing 164 kW (220 hp) and 300 N-m (220 lbf-ft) of torque.

BMW pledges hard performance targets of 0-60 mph in about five seconds, some 19 miles on electric power alone, a top speed of 155 mph and fuel economy of 94 mpg in European testing.

BMW will price the i3 electric compact car, scheduled to go on sale at the end of 2013, “very competitively for the substance you get” from new powering technology, Ian Robertson, told reporters today at the unveiling of the I sub-brand’s first sales outlet worldwide on London’s Park Lane.