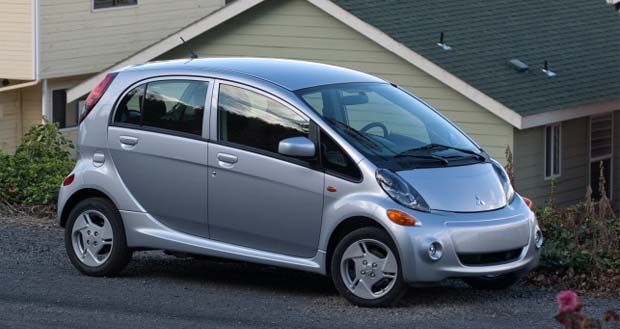 Motors North America, Inc. (MMNA) announced a lease program for the all-electric 2012 Mitsubishi i, partnering with Ally Financial for leases starting at $249 per month.

Consumers can now lease a Mitsubishi i at certified dealers nationwide for lease payments as low as $249 per month for the base ES model equipped with a convenient high-speed CHAdeMO DC quick-charging port.

This new agreement (effective immediately) expands upon this role providing a broader set of choices to consumers when making their next vehicle purchase at one of the company’s approximately 400 Mitsubishi Motors dealerships in North America.