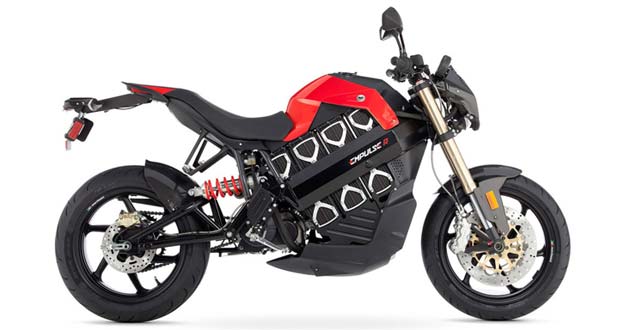 Brammo, Inc., the designer and manufacturer of electric motorcycles, revealed pricing and production plans for the Empulse and Empulse R while giving motorcycle enthusiasts in Los Angeles a first look at the stunning new design.

Brammo says its Empulse, designed to be the first electric motorcycle to perform like a traditional sport bike, can go at least 100 mph and as far as 121 miles per charge in city riding.

Availability of each model will vary based on demand for the Empulse and Empulse R. Production for the Empulse R will take place first with limited availability in June 2012 and in volume by Q3 2012. The Empulse will be available in Q1 2013.[wzslider height=”400″ lightbox=”true”]Research conducted by Brammo with both customers and dealers has driven the development of the Empulse and Empulse R. As a result, these motorcycles now come with a water-cooled AC motor and fully integrated IET™ six speed transmission, seating for two, regenerative braking and on board J1772 Level 2 charging capability.

Brammo promised that of the first 1000 people who pre ordered an Empulse, one would be selected at random to receive their motorcycle free of charge. Last week from the first 1000 orders six finalists were selected. At the event, Craig Bramscher rolled a dice and Jueiming Chen was the lucky winner.