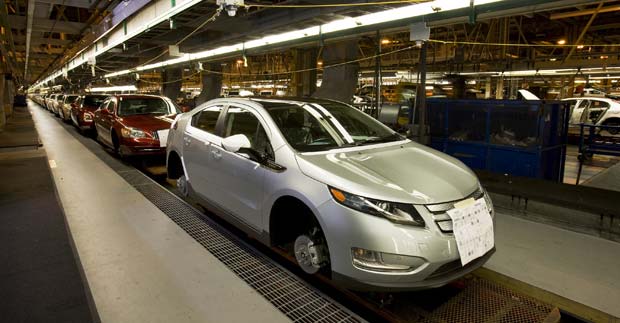 GM plans to suspend production of the Chevrolet Volt for three weeks in July, instead of the traditional two-week shutdown.

But the company says sales picked up in March, and it may cancel the extra week if sales stay strong.

The Detroit-Hamtramck plant was already closed from March 19 through April 23, as the supply of Volts grew on dealer lots.

Until March, sales of the Chevrolet Volt were disappointing. The company sold 7,671 Volts last year, below its goal of 10,000. GM had 6,319 Volts in its inventory at the end of February, enough to supply dealers for 154 days, according to Ward’s AutoInfoBank. A 60-day supply is considered optimal to keep a good selection of cars on dealer lots.