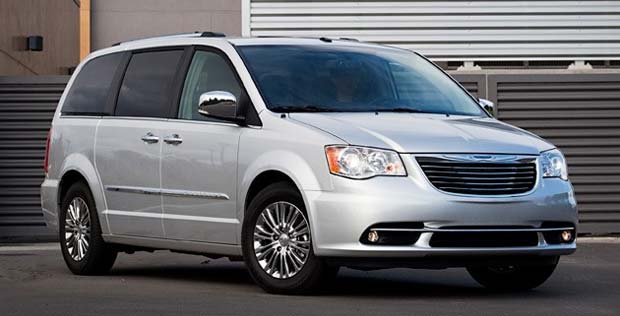 Chrysler delivered four plug-in hybrid versions of its Town & Country minivan to the city of Auburn Hills, Michigan, as part of a two-year demonstration project that is a partnership between Chrysler Group and the U.S. Department of Energy.

Chrysler is investing $15.8 million into the project and the U.S. Department of Energy is contributing $10 million. Only 25 plug-in hybrid test vans will be created

Auburn Hills will use the Chrysler-owned vehicles for testing purposes to evaluate everyday city and highway driving. Staff selected to evaluate the vehicles will regularly report all driving and charging experiences back to Chrysler.

As part of the program, each vehicle will receive one Level II EVSE charging station, which will be installed at the Civic Center Campus on North Squirrel and the Auburn Hills Department of Public Services Building on Brown Road. Installation costs for the charging stations will be borne by the City and will remain at the City following project completion.

The agreement between Chrysler Group and the City anticipates approximately 16,800 miles will be driven on each demonstration vehicle. Routine maintenance such as oil changes will be the responsibility of the City. Chrysler will be responsible for any repairs that may be required as part of the testing process. Auger notes that employees assigned the vehicles have been recognized for their outstanding work efforts.

The plug-in hybrid vans feature a 12.1-kilowatt-hour lithium-ion battery paired with the company’s 3.6-liter V6 gasoline engine. Together, they make an SRT-worthy 290 horsepower, which could make this Town & Country the fastest factory minivan on record.

The 6.6-kilowatt onboard charger allows the van to recharge in just two to four hours at 220 volts, or eight to 15 hours on a 110-volt plug, according to Chrysler. Total electric range is an estimated 22 miles in city driving, with a total range of 700 miles.

Last year, Auburn Hills also received from Chrysler four Ram 1500 plug-in hybrid pickup trucks for testing. The PHEV Ram 1500 pickups, developed in partnership with U.S. Department of Energy, are part of a national evaluation program of 140 plug-in hybrid electric vehicles that will be used for the demonstration and evaluation purposes.