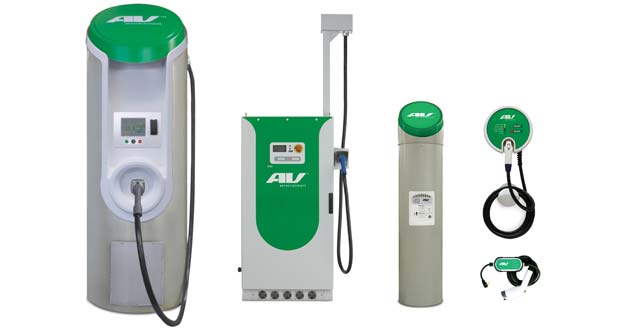 The West Coast Electric Highway will eventually allow EV drivers to travel from San Diego to Vancouver, B.C. without relying on carbon-based fuel. “Fast” charging stations, included at each of the newly operational locations, can provide a full charge for an electric car in less than 30 minutes; soon, these stations will dot interchanges up and down I-5.

Spaced at roughly 25-mile intervals along the southern Oregon I-5, the AeroVironment charging stations are available at convenient locations in Cottage Grove, Rice Hill, Roseburg, Canyonville, Wolf Creek, Grants Pass, Central Point, and Ashland. Each location has two charging stations including one DC “fast” charger. Plans call for more than 40 additional charging stations from AeroVironment to be operational in Oregon and Washington by the end of the year.

By the end of this year, DC fast-chargers will be installed along the I-5 from Canada to the California border, a distance of about 550 miles. Another 22 are being installed in locations as far away as 120 miles from Portland, Oregon’s largest city.

The eight new charging stations each have a level 3 charger, and a level 2 charger for backup. Drivers equipped with an electronic key fob can drive up and plug in around the clock. They get the fob when they sign up for the charging program.