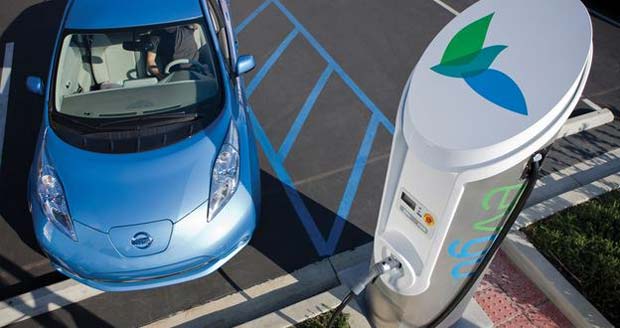 The California Public Utilities Commission and NRG Energy have entered into an agreement where NRG will help create an “Electric Expressway,” a comprehensive electric vehicle (EV) charging network in California, investing approximately $100 million over the next four years.

This fee-based charging network will consist of at least 200 publicly available fast-charging stations-installed in the San Francisco Bay area, the San Joaquin Valley, the Los Angeles Basin and San Diego County-which can add 50 miles of range in less than 15 minutes of charging.

Additionally, NRG’s EV infrastructure commitment will include the wiring for at least 10,000 individual charging stations located at homes, offices, multifamily communities, schools and hospitals located across the State.

The agreement calls for a network that will bring:

– A minimum of 200 direct current (DC) fast chargers to the state.
– A minimum of 10,000 parking spaces retrofitted with wiring necessary to charge EVs at multifamily buildings, large worksites and civic sites such as universities and hospitals.
– Training and jobs for the installation and maintenance of these charging stations in California.

Approximately $100 million in infrastructure investment over four years, and $20 million in cash to go to the California Public Utility Commission.

California Governor Edmund G. Brown Jr. also issued an executive order that lays the foundation for 1.5 million zero-emission vehicles (ZEV) on California roads by 2025. Revisions adopted in January include the most significant change to California’s ZEV program in its 20-year history-requiring battery, fuel cell, and plug-in hybrid electric vehicles to account for up to 15 percent of California’s new vehicle sales by 2025.

Electric vehicle charging stations are popping up nationwide in an effort to push Americans to invest in the environment and reduce the amount of pollution coming from gas powered cars. As a result, many states are giving a monetary incentive as well; offering an additional tax break for those who purchase a car causing less strain on the planet.

Currently, almost 30 states have some kind of electric vehicle tax incentive. Colorado offers one of the nation’s most generous tax credits for electric cars and plug-in hybrids. In fact, residents looking to buy a new eco-friendly car will receive a $7,500 federal tax break and then another $6,000 from the state.