Annual Sales of Electric Bicycles Will Surpass 47m by 2018 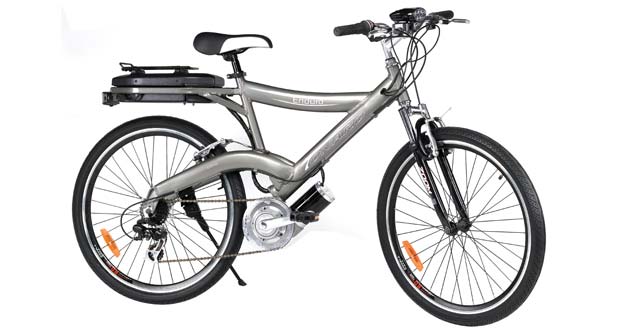 The worldwide market for electric bicycles will increase at a compound annual growth rate (CAGR) of 7.5% between 2012 and 2018, resulting in global sales of more than 47 million vehicles in 2018, according to a new report from Pike Research.

With sales expected to reach over 30 million units in 2012, electric bicycles are the world’s best-selling electric vehicles.

Rapidly accelerating urbanization, the increasing need for low-cost transportation in developing markets, and expanding opportunities for new market entrants are all helping to drive e-bicycle sales.

Despite significant business challenges outside the Asia Pacific region, the market for electric bicycles is expected to grow strongly over the next several years.

“E-bicycle manufacturers and importers in North America and Latin America continue to struggle with a weak distribution network and modest demand,” says senior analyst Dave Hurst.  “As a result, the e-bicycle market is experiencing an accelerated rate of acquisitions and business failures.  Nevertheless, sales are expected to grow rapidly, with a CAGR of nearly 22% in North America from 2012 to 2018.”

The vast majority of the e-bicycles sold in China, the world’s largest market, utilize sealed lead acid (SLA) batteries.  While this has resulted in extremely low-cost e-bicycles in China, it has also led to a number of challenges including e-bicycle traffic congestion, lead contamination, and manufacturers effectively ignoring laws relating to e-bicycles speed and weight limits.

Pike Research anticipates that the global penetration of lithium ion (Li-ion) batteries will grow from 6% in 2012 to 12% in 2018.  Cost pressures from Asia Pacific will keep manufacturers interested in SLA batteries through this decade, but once manufacturing efficiencies have driven down the costs of Li-ion, we will start to see the decline of SLA as the battery of choice in e-bicycles.