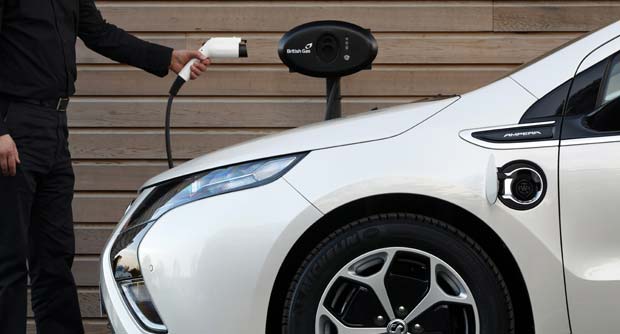 Vauxhall has announced a partnership with British Gas in which all owners of the Ampera plug-in hybrid will be offered with a fast-charge kit capable of reducing the charge time by around two hours.

Vauxhall will offer all Ampera owners a British Gas Home Charging solution, which will include the installation of a home charge point, three year warranty on parts and labour, and three year Home Electrical Care.

As part of the agreement formed between the two companies, British Gas will also provide a free home electrical survey to all Vauxhall Ampera customers. Without obligation, a British Gas engineer will recommend the best Home Charging solution, from dedicated circuits to the best home charging points from which to charge your Ampera.

The Home Charging Solution allows the Ampera to draw 16 amps of charge, compared with the regular six or ten amps normally available to householders, reducing the car’s total charging time from six to four hours. When fully charged the Ampera will then be able to travel up to 50 miles with zero tailpipe emissions, while its clever range-extender boosts this figure by up to 310 miles.

From £799, the British Gas Home Charging solution represents excellent value, bearing in mind the inclusive three year Home Electrical Care from British Gas. However, discounts of up to 75 per cent are also available on some charging solutions to people living in areas designated ‘Plugged-in Places’ by the government.

The Vauxhall Ampera reaches UK showrooms this May, priced from £29,995 including the government’s ‘plug-in’ car grant. While electrically driven at all times, the Ampera has a range of up to 360 miles, thanks to its clever range-extender, yet can still achieve up to 50 zero tailpipe-emission miles – enough to cope with 85 per cent of commutes.

Earlier this month, the Ampera was named as European Car of the Year 2012 by 59 leading journalists from 23 countries.