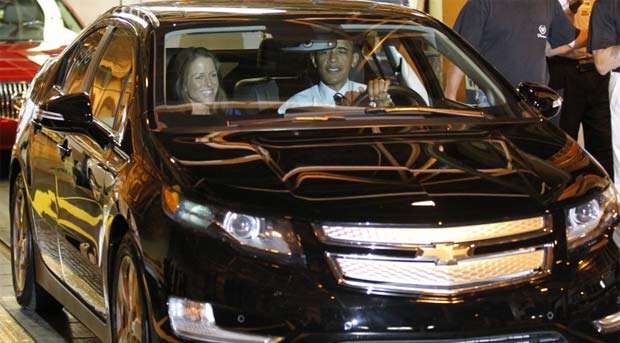 The U.S. President Barack Obama intends to boost government subsidies for buyers of the plug-in electric cars from $7,500 to $10,000 per buyer.

Under the proposal, the tax credit would apply to vehicles that operate primarily using an alternative to gasoline, as long as that technology is not currently widespread in the U.S.

The amount of the tax credit would vary by the fuel efficiency of the vehicle, but would be at least $7,500 for electric vehicles.

Obama has called for a total of 1 million plug-in vehicles on U.S. roads by 2015, though that goal is viewed as a stretch by most industry analysts. The proposed budget repeats that goal.