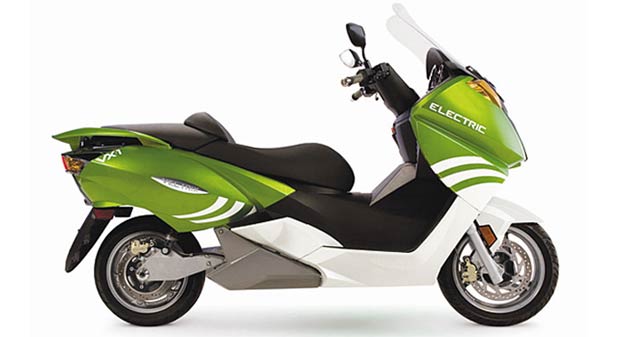 In its new report, Pike Research anticipates that the global market for electric bicycles (e-bikes), electric scooters (e-scooters), and electric motorcycles (e-motorcycles) is poised for strong growth in the coming years.

In the e-bike market, the Western European region will garner a disproportionate share of revenue ($2.4 billion in 2016), relative to unit sales. Western Europe will account for 3.4% of the global e-bike marketplace by 2016, generating 12% of the revenue from the global market. A similar, albeit smaller scale, market dynamic will exist in North America by 2016, when North America’s share of global sales will be 1.9%, which will represent 5.6% of the global revenue ($1.2 billion in e-bike revenue in 2016).

Most countries define e-bikes as vehicles that have pedals and can be human-powered as well as powered by a low-powered motor with limited speed capabilities. China, however, does not require e-bikes to have pedals, but limits them simply to 20 kph (12 mph). The classification of e-bikes, e-scooters, and e-motorcycles varies substantially across the globe.

The demographics of those using e-bikes align with key socioeconomic, demographic, and behavioral trends in their respective countries. In North America, consumers tend to be baby-boomers (age 45 to 65) and affluent. The vehicles are more of a lifestyle or style choice, rather than fulfilling a missing transportation need. In many Middle Eastern, African and Latin American countries, the consumers tend to be working and young.

The United Nations forecasts substantial growth in these markets within populations aged 15 to 64. Other trends contributing to the adoption of electric two-wheel vehicles include the growth of e-bikes as a fitness tool in North America and Europe. In Asia, the Middle East, Africa, and Latin America, increased urbanization and growing wealth contribute to the need for (and ability to purchase) reliable transportation. Additionally, people increasingly accept electric two-wheel vehicles as capable forms of transportation, particularly in densely populated urban areas. Since the cost of ownership of an e-motorcycle or e-scooter remains low enough to see payback on the vehicle within a year or two of purchase, the market is likely to remain strong in markets with high economic growth rates.

One of the most important barriers to the market for electric two-wheel vehicles is the lack of an established distribution channel for the vehicles. Many manufacturers are trying to find a combination of independent dealers, mass retailers, and online sales that will effectively deliver the vehicles and after-sales service to customers. Most manufacturers acknowledge this as one of the most difficult aspects of the electric two-wheel marketplace.