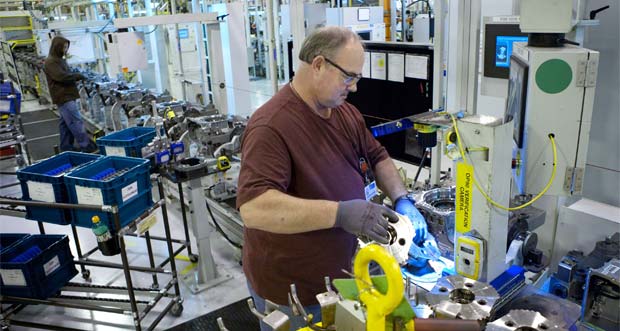 GM did not disclose how the jobs break down between new and retained.

The plant in suburban Detroit has 679 total employees, most of whom produce transmissions for the Chevrolet Traverse, Buick Enclave and GMC Acadia crossovers and the Chevrolet Malibu sedan.

“While we aren’t sharing many details about this product, I can tell you that this investment demonstrates how GM, working with our UAW partners, continues to innovate and bring new electrification solutions to our customers,” Gerald Johnson, GM’s manufacturing manager, said in a statement.

A summary of GM’s new four-year labor pact with the UAW — released by the union last month — said 360 jobs will be added at the plant for a new transmission that was originally slated to built in Mexico.

The union says the project and jobs were brought to the U.S. plant during negotiations for the new contract.