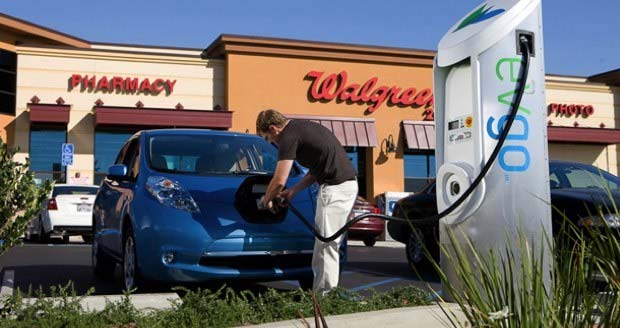 Transportation, energy and environment officials from 10 northeast U.S. states and the District of Columbia have joined forces to create the Northeast Electric Vehicle Network.

Announced Wednesday, the Network was formed to foster a clean energy economy and reduce the region’s dependence on oil and its emissions of greenhouse gases and other air pollutants.

As part of their existing collaboration through the Transportation and Climate Initiative, the participating states will promote all clean vehicles and fuels. They will facilitate deployment of electric vehicle charging stations and related infrastructure throughout the Northeast and Mid-Atlantic states

The network’s efforts will be supported by a $994,500 Electric Vehicle Readiness Grant awarded to the New York State Energy Research and Development Authority (NYSERDA) on behalf of the Transportation and Climate Initiative. TCI works to reduce greenhouse emissions, minimize reliance on high-carbon fuels, improve efficiency of freight movement, expand the use of innovative information technology, promote sustainable growth and reduce vehicle-miles traveled.

This grant, announced in September by the U.S. Department of Energy, will fund the development of guidelines for the siting, permitting, and installation of EV charging stations.

Some cities are already relying on advanced vehicles. In July, the City of New York added 50 new electric extended range Chevrolet Volts to its fleet for use by city agencies, including the New York Police Department and New York City Department of Parks and Recreation.

Next steps for the initiative include collaboration with the private sector, utilities and local governments on a blueprint for EV deployment; and definition of a set of consistent infrastructure standards.

President Barack Obama has called for one million plug-in vehicles to be on U.S. steets and roads by 2015. The Northeast Electric Vehicle Network’s contribution to that goal would be about 20 percent or 200,000 electric vehicles.