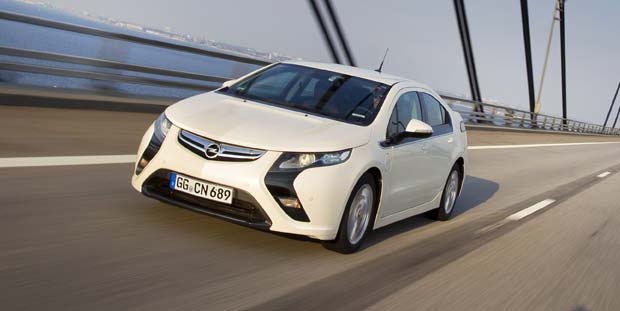 General Motors announced that it will jointly design and engineer unspecified future electric vehicles with LG Group, expanding a relationship built on LG’s work as the battery cell supplier for the Chevrolet Volt and Opel Ampera extended-range EVs.

The definitive agreement signed Wednesday will help GM expand the number and types of electric vehicles it makes and sells by using LG’s proven expertise in batteries and other systems.

For LG, the arrangement represents a widening of its portfolio as an automotive solution provider.

The success of the extended-range propulsion system in the Chevrolet Volt and Opel Ampera led to exploring other collaborations in the electrification of the automobile.

“Many solutions for tomorrow’s transportation needs may be available more quickly by building on our partnership strategy,” said GM Vice Chairman Steve Girsky. ”Consumers benefit by getting the latest fuel-saving technology faster if we work with the best suppliers and we save time and money in the development process.”

Teams of LG and GM engineers will work on key components, as well as vehicle structures and architectures. Vehicles resulting from the partnership will be sold in many countries.

The GM-LG relationship that began with LG delivering the cells for the battery pack of the Chevrolet Volt and Opel Ampera expanded last year with work on a demonstration fleet of Chevrolet Cruze electric vehicles. These vehicles were used as official vehicles of the G20 summit in Seoul are now in the phase of market-testing to learn more about capabilities and requirements.

Accelerating the pace of roadworthy technology is more important than ever with the announcement of a number of more stringent emission and fuel consumption regulations around the world, including the recent agreement calling for a U.S. Corporate Average Fuel Economy (CAFE) of 54.5 mpg (23.2km/l) by the end of the 2025 model year. Electric vehicles, which have no tailpipe emissions and require no gasoline, are expected to play a major role in reaching the CAFE goal.