EVs and Hybrids are CO2-Heavy in Production 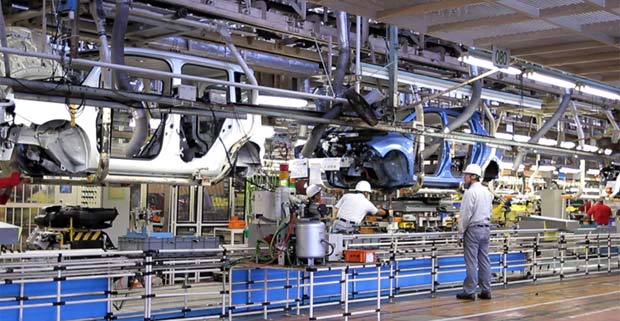 Hybrid and electric cars create more carbon emissions during their production than standard vehicles – but are still greener overall, according to a report released by Ricardo.

The report highlights the increasing importance of accounting for whole life carbon emissions to compare the greenhouse gas emissions of low carbon vehicles. The report was prepared by Ricardo1for, and in collaboration with, the expert membership of the Low Carbon Vehicle Partnership that includes major vehicle manufacturers and oil companies.

The study found that some of the CO2 savings made during the use of low carbon vehicles is offset by increased emissions created during their production, and to a lesser extent disposal. However, overall electric and hybrid vehicles still have lower carbon footprints than normal cars.

For example, a typical medium sized family car will create around 24 tonnes of CO2 during its life cycle, while an electric vehicle (EV) will produce around 18 tonnes over its life. For a battery EV, 46% of its total carbon footprint is generated at the factory, before it has travelled a single mile.

“This work dispels the myth that low carbon vehicles simply displace emissions from the exhaust to other sources. However, it does highlight the need to look at reducing carbon emissions from vehicles throughout their lifecycle,” said Greg Archer, LowCVP Managing Director.

For a standard mid-sized gasoline ICE (internal combustion engine) vehicle the embedded carbon in production will be around 5.6tCO2e, around three quarters of which is the steel in the vehicle glider. This highlights the importance of deploying low weight, low carbon alternatives to current steels in the ultra-low carbon vehicles of the future. A similar electric vehicle will have embedded production emissions of 8.8tCO2e, 43% of which arise from the battery. Decarburizing both electricity supply, through renewables; and the production of batteries will therefore be essential for electric vehicles to deliver ultra-low carbon lifetime emissions.

The report also indicates that lifecycle carbon emissions for mid-sized petrol and diesel vehicles doing a similar lifetime mileage are almost identical – the greater efficiency of the diesel being offset by high production emissions. It also highlights that some regulations designed to improve recyclability, safety or reduce air pollution can increase carbon emissions in production or use.

As a wider range of electric, biofuel and potentially hydrogen vehicles compete with petrol and diesel models in the future it will become essential to compare vehicles on a whole-life carbon basis. The study shows the complexity, but also the practicalities of calculating whole life carbon emissions and highlights the need to develop a standard methodology acceptable to vehicle manufacturers.