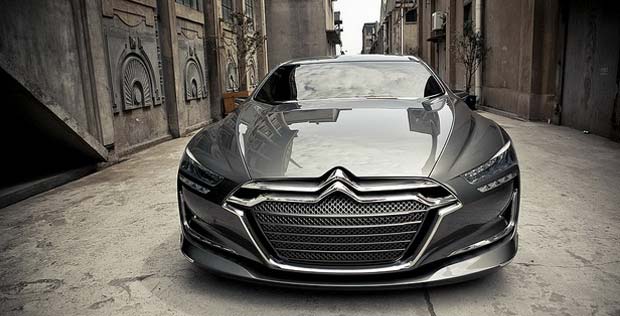 Citroen has reportedly given the green light for series production of the Metropolis concept, which will fight with luxury models of the premium German automakers.

According to the Automotive News, the Metropolis concept car may be produced as a spiritual successor to the legendary Citroen DS, produced from 1959 to the mid 1970′s. The car would be badged DS9, as a homage to the original DS19.

Citroen Metropolis, first introduced at Shanghai Motor Show, is based on the same platform with C6 and Peugeot 508. The model has a length of 209 inches and a width of 79 inches, while its height is only 55 inches.

At steady speeds on main roads and motorways, the petrol powerplant efficiently provides 272bhp (200kW) and 375Nm of torque.  When additional performance is required, such as during overtaking, the car uses both the electric motor and the combustion engine to deliver a maximum power output of 460bhp (345kW) and 430Nm of torque – equivalent to a 4-liter V8 gasoline engine.  There’s also a four-wheel drive mode for when extra grip is needed.

While the Metropolis concept was powered by a hybrid drivetrain, a hybrid version might be withheld completely from China, according to the report.[wzslider height=”400″ lightbox=”true”]