Electric Cars Demand May Be Overhyped 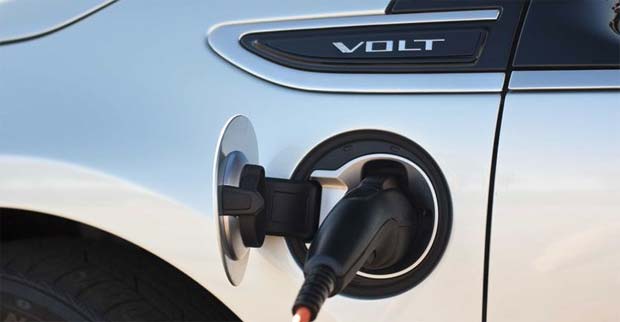 The global demand for hybrid cars and electric vehicles may be overhyped, according to a report from J.D. Power & Associates, which said it expect such vehicles to capture just 7.3% of passenger vehicles sold globally by 2010.

J.D. Power and Associates released the results of a report called “Drive Green 2020: More Hope than Reality” today, and it doesn’t look all that good for green vehicles.

The report considers various factors affecting the future potential for green vehicles in the world’s largest automotive markets. These factors include market trends, regulatory environment, consumer sentiment and technology development in these markets.

A consumer migration to alternative powertrain technologies will most likely require either one of the following scenarios, or some combination of these scenarios:
• A significant increase in the global price of petroleum-based fuels by 2020
• A substantial breakthrough in green technologies that would reduce costs and improve consumer confidence
• A coordinated government policy to encourage consumers to purchase these vehicles.

Based on currently available information, none of these scenarios are believed to be likely during the next 10 years, J.D. Power said. 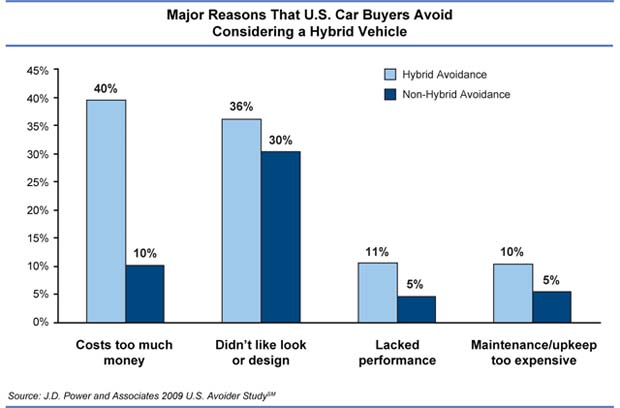 Consumer Sentiment about HEVs and EVs
Consumers have a variety of concerns about HEVs and EVs, including:
• Dislike of their look/design
• Worries about the reliability of new technologies
• Dissatisfaction with overall power and performance
• Anxiety about driving range
• Concern about the time needed to recharge battery packs

More importantly, however, are the personal financial implications of deciding to purchase an alternative-energy vehicle. While many consumers around the world say they are interested in HEVs and EVs for the expected fuel savings and positive environmental impact they provide, their interest declines significantly when they learn of the price premium that comes with purchasing these vehicles.

The overall cost of ownership of HEVs and EVs over the life of the vehicle is also not entirely clear to consumers, and there is still much confusion about how long one would have to own such a vehicle to realize cost savings on fuel, compared with a vehicle powered by a conventional internal combustion engine (ICE). The resale value of HEVs and EVs, as well as the cost of replacing depleted battery packs, are other financial considerations that weigh heavily on consumers’ minds.

Finally, it is clear from research in the world’s largest automotive markets that buyers of hybrid and electric vehicles occupy a unique demographic niche. Buyers of HEVs and EVs are generally older, more highly educated (possessing a postgraduate degree), high-income individuals who have a deep interest in technology, or who like to be among the early adopters of any new technology product. As a result, it is not clear that HEVs and EVs will appeal to the general population. 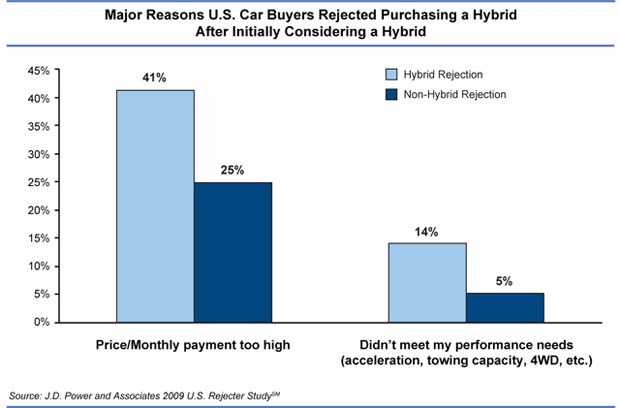 Government Regulations
While the governments of the world’s largest automotive-producing nations have schedules in place for improving fuel economy and reducing exhaust emissions, there is little consensus about the timing or manner in which these objectives are to be achieved. Some governments are promoting HEVs, others are focusing on EVs, and still others are considering additional options.

One unpredictable aspect of the 2020 outlook is how markets would be affected if more stringent and consistent legislation is adopted that supports specific technologies. In particular, China has the ability to move quickly, invest heavily in the development of one specific propulsion technology, and mandate fuel economy or emissions standards that could favor a particular technology or require a minimum sales penetration level for vehicles with a designated technology. Given the size and growth rate of the Chinese auto market, such a coordinated regulatory environment might allow Chinese companies to achieve economies of scale and drive down the cost of alternative-energy vehicles.

Technology
While HEVs and EVs offer an interesting alternative for the future, it must be acknowledged that many of the shortcomings that defined battery-based vehicles 100 years ago are still prevalent today. These include limited driving range, extended recharging times, limited support infrastructure, and the high cost of battery packs.
Moreover, while reducing exhaust emissions was not an important factor in the development of battery-based vehicles 100 years ago, it has been a significant driver behind the development of EVs today. For many governments, the primary goal of transitioning to alternative powertrains is to reduce exhaust emissions, and it is not clear how much of this can be achieved.

“We don’t want to replace tailpipe emissions with the emissions of coal- and oil-fired power plants that produce the electricity used by EVs,” said said John Humphrey, senior vice president of automotive operations at J.D. Power and Associates.