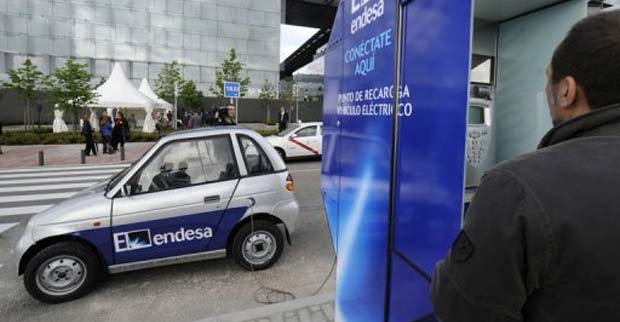 Spain unveiled a phone box in which users can both make a phone call and recharge the battery of an electric car.

The dual-purpose phone cabin, the first of its kind, has been developed by Telefonica and electricity company Endesa

The cabin in a Madrid suburb close to the headquarters of the Spanish telecommunications giant Telefonica has the appearance of a normal telephone box but is also equipped with electric sockets that can be used for recharging.

Reserved parking spaces will be located next to this and all other booths set up in Metropolitan areas where users will be able to park their electric cars and recharge at no cost once they have obtained their free “zero emissions” pre-paid card from the Madrid city council.

Earlier this month, Telekom Austria said it will turn its old telephone boxes into recharging stations for electric cars.