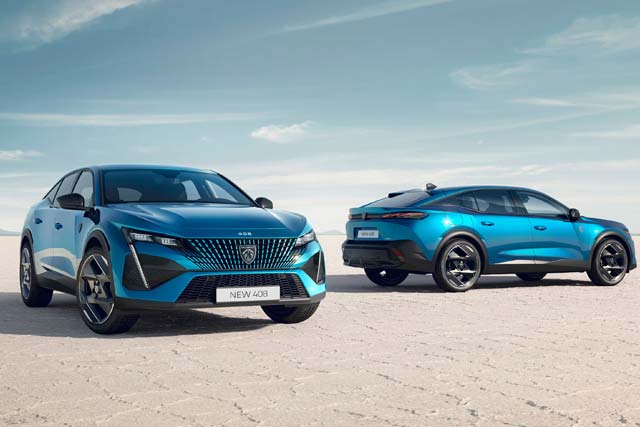 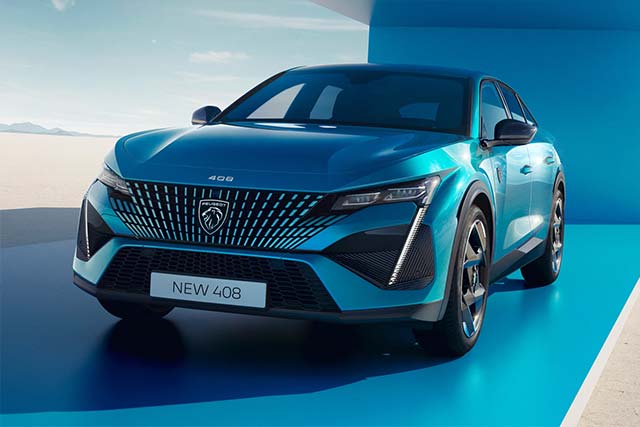 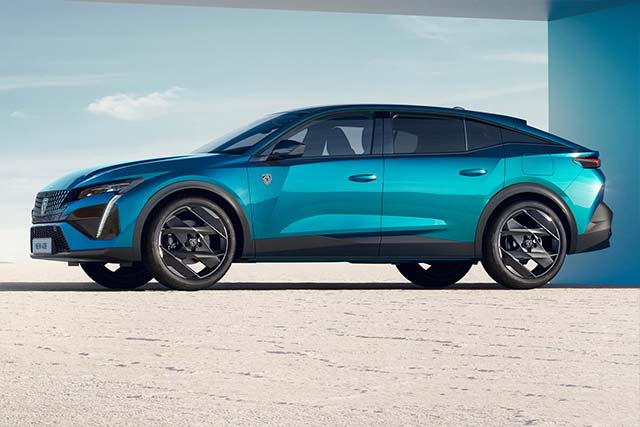 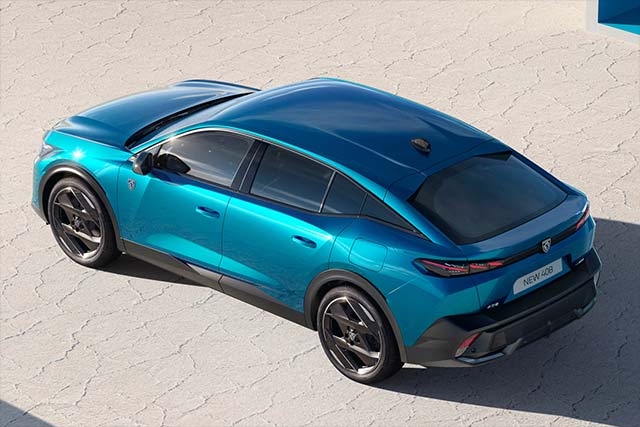 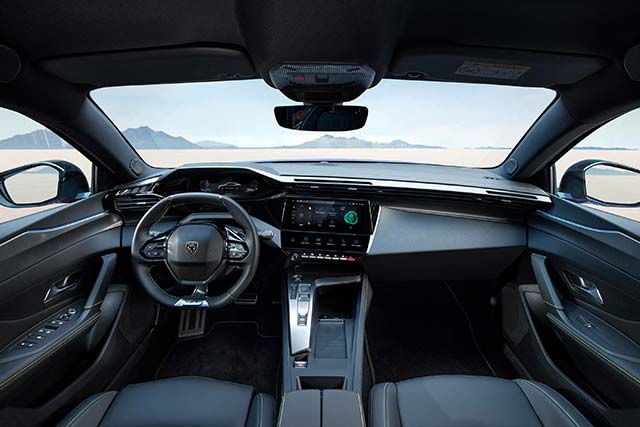 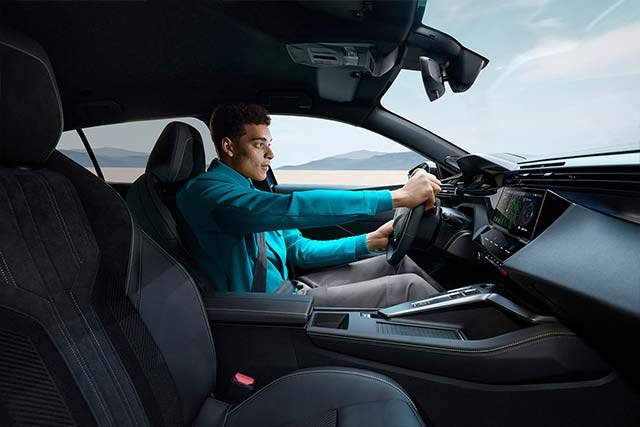 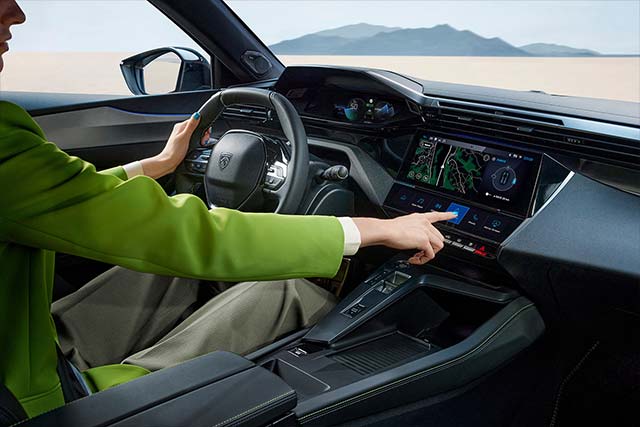 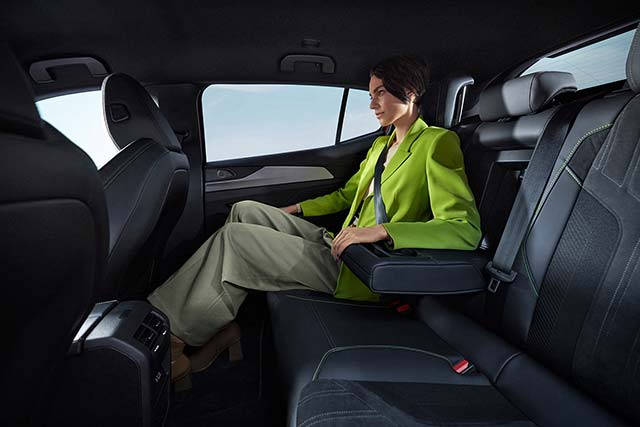 The new PEUGEOT 408 is the first of its kind – a new fastback silhouette at the top of the C segment. This new age PEUGEOT combines a unique design and feline stance with engineering excellence focused on efficiency and intelligent electrification, with cutting-edge technologies dedicated to creating an instinctive driving experience.

The mould-breaking PEUGEOT 408 stands out first and foremost for its dynamic fastback silhouette and unmistakable style. The feline stance is typical of the latest PEUGEOT models, with its sharp lines and colour-coded grille, the latter of which blends in perfectly with the front end and showcases the new PEUGEOT emblem.

At the front, a distinctive fang-shaped light signature brings the 408 into line with the rest of the PEUGEOT family, as do the three-claw LED lights at the rear. An inverted cut-out in the rear bumper also gives the profile a distinctive look.

With a height of 1.48m, a length of 4.69m and a long wheelbase of 2.79m, the new PEUGEOT 408 provides spacious second row seats with 188mm of knee room. The boot is also generously sized, with a maximum volume of 536 litres, which can be increased to 1,611 litres with the rear seats folded down.

For its driver and passengers, the new 408 offers the latest generation PEUGEOT i-Cockpit®, recognisable by its compact steering wheel, which is dedicated to driving pleasure and controlled agility. Emphasis is placed on the quality of the interior space and on connectivity, with the latest technologies making the driving and travelling experience more intuitive and rewarding.

Powered by six cameras and nine radars, a suite of 30 advanced driver assistance systems provide peace of mind and safety. These include:

The PEUGEOT 408 will be available with a range of powertrains, including two rechargeable Plug-in Hybrids with 180 and 225hp respectively, as well as a PureTech 130 hp petrol version. All three are coupled to an eight-speed EAT8 automatic gearbox. An all-electric 408 will follow.

Efficiency was a key concern for the designers of the new PEUGEOT 408, since the combination of efforts in terms of aerodynamics, weight reduction (from 1396kg) and low-emission engines means that the vehicle can now boast remarkably low average energy consumptions (under homologation), both for the hybrids as well as for the 130bhp petrol version.

The new PEUGEOT 408 will hit showrooms at the beginning of 2023 and will be sold in global markets. Initially it will be produced for the European market, at the Mulhouse production facility in France, and subsequently in the Chengdu factory, in China, for the local market.

Efficiency at its heart

Efficiency has been at the heart of the new PEUGEOT 408’s design and development to minimise fuel consumption and CO₂ emissions.

Particular attention has been paid to the aerodynamics. Every body part has been optimised thanks to close collaboration between PEUGEOT’s designers and aerodynamics engineers, from the bumpers, boot flap and diffuser to the body pillars, mirrors and underbody screens. In the same vein, the design of the wheels allows for superior aerodynamic efficiency and contributes significantly to the car’s overall performance. These measures, combined with its low stance, contribute to a reduced frontal area (SCx) of 0.654 m2 and a low drag coefficient of 0.28.

Body rigidity has been optimised by bonding the structural elements to improve vibration comfort. Driving pleasure is part of the new PEUGEOT 408’s DNA, with exemplary road holding, top-of-the-range ride comfort, rewarding driving dynamics and perfect handling in town, made possible by a compact turning radius between kerbs of 11.18m.

Wheels sizes on the new PEUGEOT 408 range from 17 to 20 inches while the tyres are Class A rated to improve efficiency by reducing rolling resistance, without sacrificing PEUGEOT’s instinctive handling and benchmark road holding.

Estimated charging times are as follows: