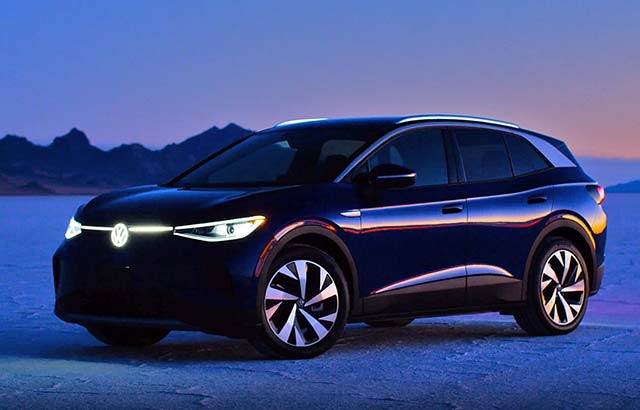 Volkswagen of America announced Monday that the ID.4 Pro rear-wheel-drive has received an EPA-estimated 260 miles of range on a full charge.

The first ID.4 models to be launched offer an 82kWh (gross) battery and a rear-mounted AC permanent-magnet synchronous motor with 201 horsepower and 228 pound-feet of torque. At a public DC fast-charging station with 125 kW charging, the ID.4 can go from 5 to 80 percent charged in about 38 minutes.