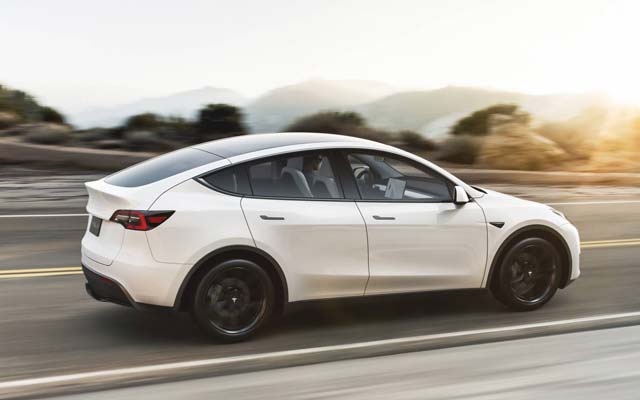 Tesla reported a record net income of $438 million of $10.39 billion in revenue during the Q1, as well as earnings of 93 cents per share vs. 79 cents per share expected.

The record number of hand-overs came even as Tesla and the broader auto industry contended with a protracted semiconductor shortage and the latest safety investigation following a fatal crash in Texas.

Earlier this month, the world’s most valuable car company reported first-quarter vehicle deliveries that set a record at 184,800, with the vast majority comprised of the more affordable Models 3 and Model Y. Tesla did not make any Model S sedans or Model X SUVs in the first quarter as it is preparing to launch redesigned versions of each vehicle. It delivered 2,020 older Model S sedans and Model X SUVs from inventory.

Those vehicles were supposed to start shipping in March. However, on Monday’s earnings call, Musk said the new version of the company’s Model S sedans will finally be delivered to customers starting in May 2021, with Model X deliveries to begin in the third quarter of the year. Musk and CFO Zachary Kirkhorn both said supply chain issues are likely to remain a challenge for Tesla this year.

In its letter to shareholders, Tesla said it still plans to achieve 50% average annual growth in vehicle deliveries over a multi-year horizon, reiterating the target CEO Elon Musk floated on the company’s January earnings call. Last year, Tesla delivered just under half a million vehicles, coming up just short of Wall Street’s estimates at the time.

The ramp-up of production at Tesla’s Shanghai Gigafactory, which began delivering vehicles to customers in China in January last year, and its forthcoming facilities in Berlin and Texas are set to help achieve this goal. This year Tesla is expected to open a new “giga-factory” near Austin, Texas, and another outside Berlin, its first in Europe.

Tesla added that Semi deliveries will begin in 2021 but didn’t mention Cybertruck.