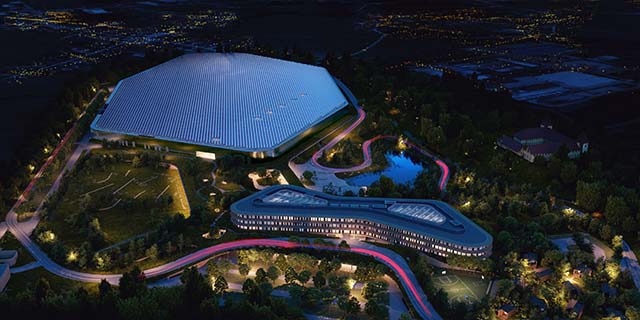 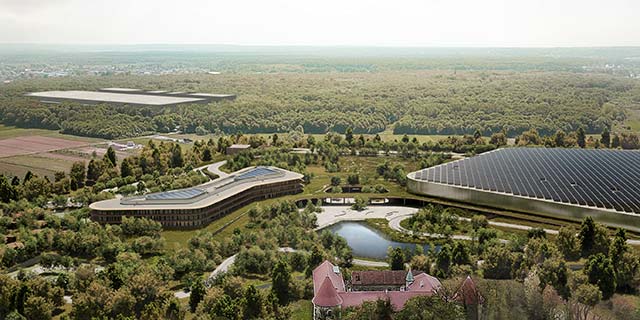 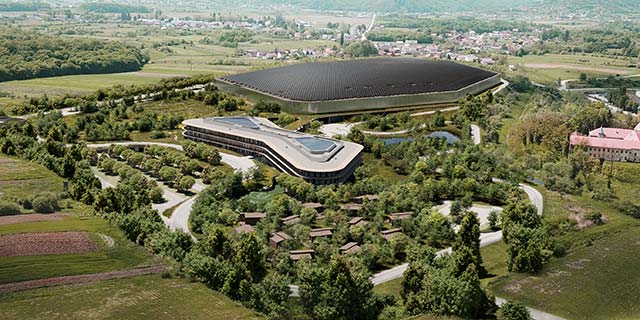 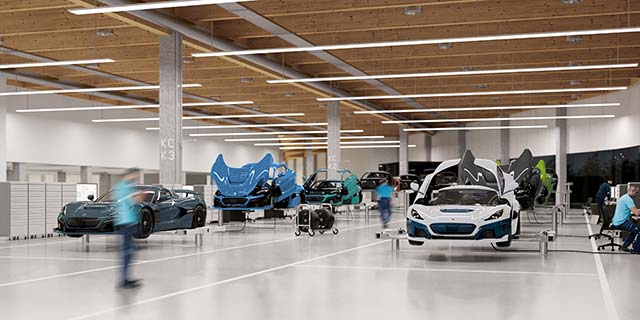 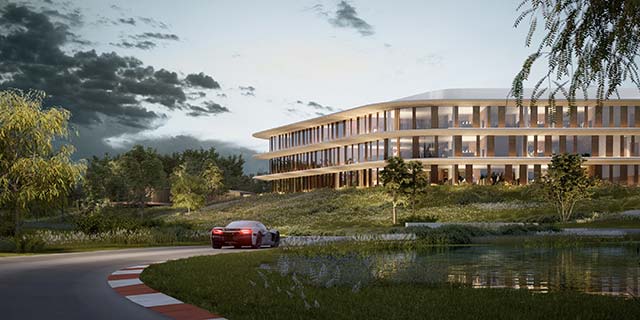 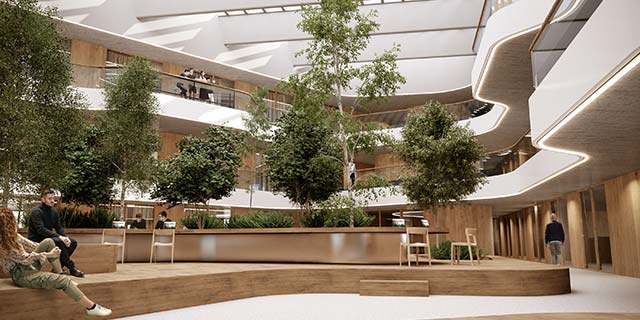 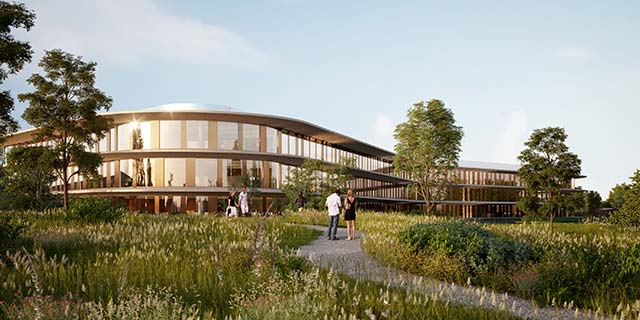 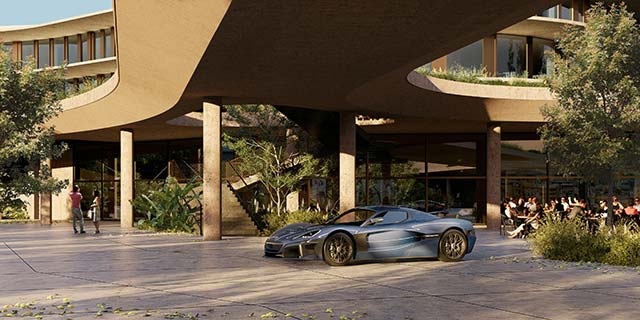 Rimac Campus will be the company’s new Croatian-based international HQ – with capacity for 2,500 employees and spread over a 200,000m² site in Kerestinec, on the outskirts of Zagreb, Capital of Croatia.

Designed by renowned Croatian architects, 3LHD, the striking new site is scheduled to be completed in two phases, with production plant opening in 2023, and completely carbon neutral.

The new complex will be its international R&D and production base and enable the company to ramp up from prototype and smaller volume projects to high-volume production of its high-performance electric drivetrain and battery systems for many global car companies.

Speaking about the brand’s exciting plans, CEO and Founder, Mate Rimac, said, “Just 10 years ago this company was only me in a garage, working on electric performance vehicles and components. Since then, we have grown to around 1,000 employees, formed strategic partnerships with Porsche, Hyundai Motor Group and others, and are working with the biggest names in the automotive industry. But, one thing that we have always committed to is developing our business within Croatia; we’re proud to be here and with this new location, it will be our long-term home.

“We have now reached a point where we need to build our long-term home in Croatia, and that’s exactly what the Rimac Campus is. Having outgrown our existing facilities, we’re now creating a space that best reflects our brand and our ambitions, working with world-leading architects to build a campus that sits comfortably within the natural beauty of Croatia while also bringing every aspect of Rimac into one place. The top priority of the project was to create the best possible working environment for our employees and to allow visitors and the public to enjoy the space and mix with Rimac employees. The campus is our springboard to the growth plans we have over the next decade and beyond, strengthening us as niche hypercar maker, a leading Tier 1 supplier of electric performance technology to the world’s largest automotive manufacturers and an early mover in the worlds of autonomy and mobility.”

3LHD have been responsible for designing a series of striking Croatian and international projects, among them the Riva Waterfront in Split and Hotel LN Garden in Guangzhou, China. Using their extensive experience in creating spectacular buildings and complexes, often integrating spaces with nature, the architects have taken design inspiration from multiple sources, including the curves and movement of Rimac’s imminent new flagship, the C_Two, as well as speed itself.

The latter takes the form of informing the main building’s design by focusing on how four key groups will enter and flow around the site. For example, naturally, its employees will be keen to get to their work spaces as swiftly as possible, while at the other end of the spectrum, visitors will likely be keen to take in their experience and linger as long as possible in the eye-catching indoor communal spaces and outdoor areas.

Naturally, in keeping with the brand’s focus on striking design, innovation and sustainability, the new complex will contain many clever and unique features. Among them are an urban ‘swamp’ and meadows, plus a rooftop garden. Arguably, the complex’s most unique element will be its on-site accommodation. Rather than opting for a traditional hotel to accommodate both visitors and new employees, the team has signed off on a series of individual ‘pods’ which will blend in with the woodland that surrounds them.

Given the brand’s dedication to and passion for automotive projects, the site will also boast many aspects to enable customers to immerse themselves in the full Rimac experience. As part of it, there will be a customisation showroom to allow customers to preview and specify their cars to their exact tastes on-site, plus a museum with a bar and merchandise shop. As part of full site tours, visitors will also be able to see cars being carefully pieced together through glass. Given the scope of Rimac’s work for other car companies, provision has also been made for several top-secret project rooms. And, given the huge amounts of data from the business, as well as the ability to monitor its own cars and their development for its customers, there will also be a dedicated Command Centre.

One of the Rimac values is focused on employee wellbeing and learning. As a result, a games room, gym and training centre, restaurant and even a kindergarten and farm animals have been incorporated in the plans. In keeping with its sustainability credentials, on-site organic food production has also been factored in, as has plenty of park land for both employees and the public to enjoy. Meeting the company’s desire for multi-functional and adaptable spaces, the site will also house an auditorium, conference hall and education rooms.

Given the company’s rapid rate of growth, the site has also been penned in such a way that it can be expanded over time, while still blending in seamlessly with its natural surroundings.

In the long term, the new site will accommodate over 2,500 employees and substantial production facilities, well over double today’s current headcount. Hence, the site has been split into two distinct areas. The first being the HQ building, which will house central functions, management and R&D, as well as Greyp’s offices – the electric bike manufacturer also founded by Mate Rimac.

Linking this building to the next will be a large, glazed restaurant subtly built into the landscape with sweeping views on either side. At one end will be the retail space and kindergarten. At the other, the reception and showroom and museum. On the opposite of its fork design will be its production and testing facilities, encompassing design, prototyping and reverse engineering. At the rear will be the entrance to the beating heart of the site, its production plant which will house machining, components and vehicle assembly, battery production, composites production, and paint shop.

The scale and ambition of the new Rimac Campus is vast, making it one of the largest builds of its kind in Europe, not just within the automotive industry. The investment in Rimac Campus will exceed 200 million euros. Construction at the new site is scheduled to start later this year, with completion expected in 2023.