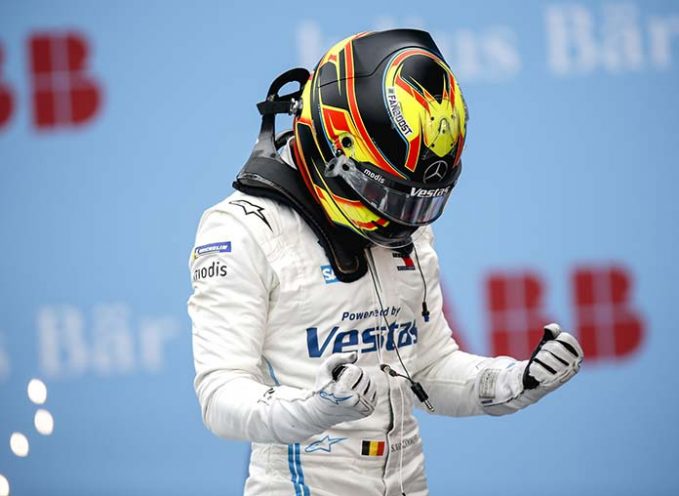 Former McLaren F1 racer bounced back from a disappointing Saturday’s first race in Rome to fight his way from fourth on the grid. Belgian driver also took the bonus point for fastest lap in what was his team’s second victory of the season.

Action-packed race once again started behind the MINI Electric Pacesetter, with Julius Baer Pole Position winner Nick Cassidy (Envision Virgin Racing) spinning out of the lead soon after the race was underway.

Drivers’ Championship leader Sam Bird (Jaguar Racing), and the man third in the running pre-race, Nyck de Vries (Mercedes-EQ), were wiped out in contact with one-another as they fought for points on the cusp of the top 10 – both failed to finish.

Formula E returns in two weeks’ time with the all-electric racing series heading to Spain for the inaugural Valencia E-Prix on April 24 & 25.