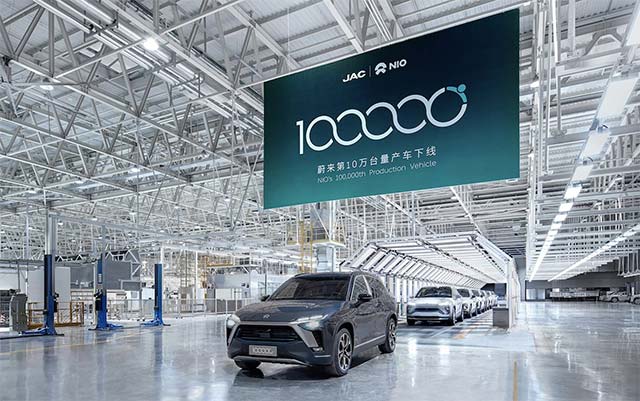 NIO, a pioneer in China’s premium EV market, has reached milestone in its corporate history by producing its 100,000th electric vehicle on April 7th, 2021.

NIO users of the first generation ES8, ES6 and EC6 joined staff to celebrate this moment, in line with local government guidelines, together.

This achievement was preceded by another record for NIO: in March 2021, the company delivered 7,257 vehicles, setting a new monthly record with a strong 373 per cent year-on-year growth.