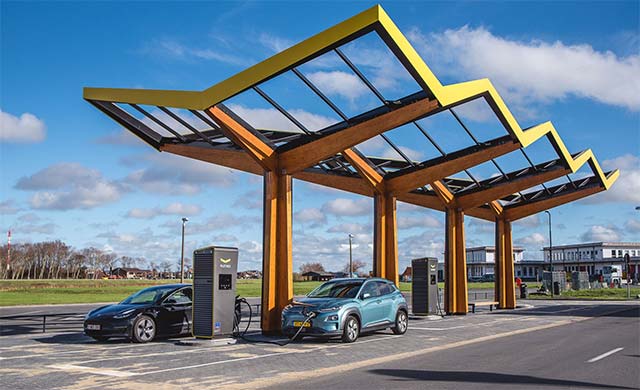 Fastned, the Dutch operator of EV charging stations, has successfully raised €150m to finance an expansion of its network across Europe.

The Amsterdam-based company sold 1,875,000 new shares, a 12.5% capital increase, via an accelerated bookbuild last Thursday evening.  The New Securities have been successfully placed at a price of EUR 80 each, resulting in gross proceeds of EUR 150 million

Fastned operates a pan-European network of 133 stations, building on its first-mover advantage, and a leading market position in the Netherlands, a country at the forefront of EV adoption. The proceeds of the Offering allow Fastned to fund part of its capex plan that consists of expanding the capacity of its existing stations, building its committed pipeline of 164 charging stations, accelerating the development of its potential pipeline, and fund capex for significant upcoming government related tenders, including in France and Germany, as well as for general corporate purposes.

The committed pipeline is the pipeline of charging stations for which a land lease is issued and/or public permission has been issued or will be issued by an authority e.g. as a consequence of an award of a tender. The potential pipeline is the pipeline of charging stations being targeted by Fastned, not yet subject to a land lease, public permission or tender award. Together, such investments will enable Fastned to expand and enhance its network and secure key locations in its existing geographic footprint and beyond, in the coming 18-24 months.

Michiel Langezaal, CEO of Fastned: “We are very happy with this successful capital raise which allows Fastned to significantly accelerate its expansion plans. It enables us to build more and bigger fast charging stations across multiple countries, living up to our mission of accelerating the transition towards sustainable mobility by giving freedom to electric drivers. Moreover, this transaction has attracted solid institutional investors to Fastned’s shareholder base, and provides a substantial increase of the free float of the depositary receipts traded on Euronext Amsterdam. Both are supportive to our continued growth, and in line with our ambition to become the leading fast charging network in Europe.”